Following on from their recently released rendition of Victorville Airport (KVCV) for XP11, newcomer Xometry has announced that they are currently in the process of developing Ponta Delgada Airport (LPPD) for XP11.

Ponta Delgada – João Paulo II Airport is a small-scale international airport located on the island of São Miguel, which forms part of the Portuguese archipelago of the Azores. Home to the archipelago’s residence airline, SATA Air Açores, the airport was initially inaugurated in 1969 and saw mainly interisland flights taking off and landing on its grounds. Today, the airport sees several international carriers operating to a wide variety of destinations, including Bermuda, Boston, Montreal, and London, to name but a few. Interestingly, the airport was named in honor of former Pope John Paul II, who visited the island territory in 1991.

Newcomer to the development scene Xometry has announced that they are in the process of developing their own virtual recreation of this island airport for X-Plane users to jet out off. Although already having provided interested users with a trailer for the upcoming product, further details, including a detailed feature list and an estimated price point, are yet to be disclosed.

iniBuilds, who serves as the publisher for this release, has, however, confirmed that buyers of Xometry’s Ponta Delgada Airport (LPPD) will be able to take advantage of a 15% discount when purchasing their own Airbus A310 product, valid for one month after the purchase of Xometry’s release.

While waiting for a release, feel free to check out iniBuild’s official Facebook post detailing Xometry’s Ponta Delgada (LPPD) product. As always, we will keep you updated about any further developments regarding this anticipated future release.

Yannick
Writer
Yannick has always been an avid aviation enthusiast and he started out simming back in 2002 at the young age of 5 with FS2002. Ever since he has continued pursuing flight simulation as a hobby with the eventual goal of also making aviation his career. While Yannick currently primarily uses X-Plane 11 and Prepar3D, FS2020 and DCS have not skipped his radar.
Latest Content 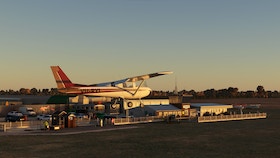 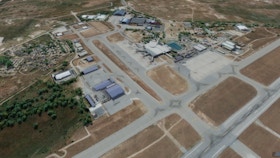 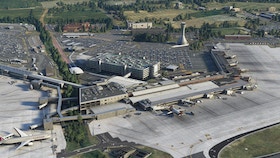 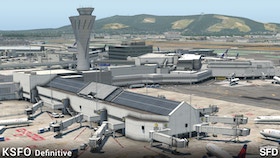