Having a good headset is one of the key fundamentals to a good flight sim setup. Whether it’s flying online or flying with friends, I always want a good quality headset that really pumps out the sounds accurately, as well as one that enables me to communicate clearly. We’ve all been on the receiving end of a poor sounding mic, so I never want to be the person who is delivering that.

Despite having a few headsets in my collection already, they’re all very gamer-orientated. Not a bad thing, but they are big, bulky and full of bright lights and other colourful things. None of them really give the sensation of an actual pilot headset. Fortunately, Thrustmaster saw a similar gap in the market and released the T-Flight US Air Force Edition headset. But are they just a regular headset hidden behind some fancy marketing, or are they actually a suitable replacement headset for a more immersive experience?

Let’s start with the overall look and feel of the T-Flight US Air Force Edition headset (from this point, I’ll simply refer to it as  ‘headset’). The symbolic military faded green is an interesting colour, but considering it’s dubbed as a US Air Force edition, it makes a lot of sense. I quite like it, and again, unlike conventional ‘gaming’ headsets, it’s a nice change compared to the colour-driven variations I’m otherwise used to.

Another visual delight is the interchangeable faceplates found on either side of the headset. Whether you prefer the US Air Force fighter pilot,or the wonderfully historic P-51 Mustang, the choice is yours. It adds a little personality to the otherwise plain looking device.

Other aesthetics include the cushioned head strap between the two earphone pieces and the microphone and volume control panel found on the cable – it’s a nice looking device and you can tell it has been designed based on what real-world pilots would wear.

Inside the box, you are given a range of accessories including a lengthy 3m cable with 3.5mm jacks (male and female), an attachable microphone piece and of course an instruction booklet. You do need to self-assemble the microphone attachment yourself, but it simply needs snapping into place. Once it is in, it feels stable and sturdy, but has enough flexibility for you to put it closer to your mouth if needed.

The quality of the microphone is pretty good. I used it pretty frequently when on VATSIM and also chatting to friends via Discord. For those types of activities, it’s perfect. No weird static noises or harsh tones. It’s not a studio level microphone by any stretch, but it does a good job at filtering out background noise and chatter to create a more clear output through your PC.

I found the Thrustmaster T-Flight US Air Force Edition to be extremely comfortable – even during extended use. The 25mm padding between the ears and the headset itself was incredibly cushiony and soft. It terms of fit around the head, I felt they did a good job at finding that balance between build quality and also making sure that it didn’t ever feel like a burden to wear. I have some headsets that really stick to your head or are too tight. In the case of the Thrustmaster T-Flight Air Force Edition headset, they stayed firmly on my head with little movement, but never caused discomfort.  Thrustmaster really nailed the comfort design with this headset meaning extended play sessions are now a joy.

Regardless of the type of simulator you’re using (P3D, X-Plane, DCS or Aerofly FS2), care has been given to make sure that the sounds are suitable for pilots. So, whether that is to listen to the rush of air or the rumble of the engines, or to listen to the latest banter instructions from the online Air Traffic Controllers, the headset delivers on ensuring the sound quality is suitable. I used a few other headphones including my standard pair of in-buds and a different gaming headset (MPow). Out of the three I tested, the Thrustmaster won for sound quality hands down. However, there were a few areas it lacked as much pleasure.

I did notice a distinct lack of low-level sounds and bass. Every noise output was crystal clear. Voices were understandable and engines noises were completely recognisable and immersive. There was no crackling sounds, distortion or other negative qualities regarding the overall sound quality. In terms of other elements such as tone or pitch, they were comparable to other high quality and expensive headsets that I have used. They’re not studio quality with super advanced features, but they do a great job for their needed use.

What really helps ensure that the quality of sound remains high is the use of noise cancellation on the speakers. I don’t believe it’s been built in, but the thick rubber protection around the ears provides a good level of cancellation for everyday use. Loud noises will still seep through, but your everyday noises such as fans and coolers will vanish into the background leaving you to enjoy that GE90. Furthermore, the thickness will also help to prevent sound from leaking out.

Another neat feature of the headset is the volume controls available. Like most headsets these days, there’s a clip half way through the cable which enables the user to manually adjust the volume coming through the headset, as well as switch the microphone on or off. What’s unique about the T-Flight US Air Force Edition headset is the inclusion of a volume control knob on the side of the ear of the headset. Again inspired by real-world counterparts, you can adjust the volume to quite a high degree of precision. If someone is shouting down at you, you can quickly and simply put your hand up, adjust the volume and get back to your flying. Once the noise has been eradicated (or bumped off the network), you can adjust to your original preference.

Whilst they have clearly been designed for use with flight simulation, the headphones still work pleasantly well for other video games. I tried Call of Duty and Assassin’s Creed – both of which worked very well. The virtual surround sound system worked nicely as well, giving that extra feeling of being there. I also tried a few films and TV shows – again, all sounded great, but still lacking that bass to give it that real oomph. It should be noted that the 3.5MM jack is pretty universal and can be plugged into any device. It has been optimised for the Nintendo Switch, the Microsoft Xbox One and Sony’s PlayStation 4. No USB input is included in the package.

The price of the T-Flight US Air Force Edition is a little above your standard headset. Priced in multiple retailers at $99.99, it offers a great level of comfort, a nice looking design and good sound and microphone quality. The inspired and realistic design is a standout feature for me that makes it a preference over other headsets when flying at home. 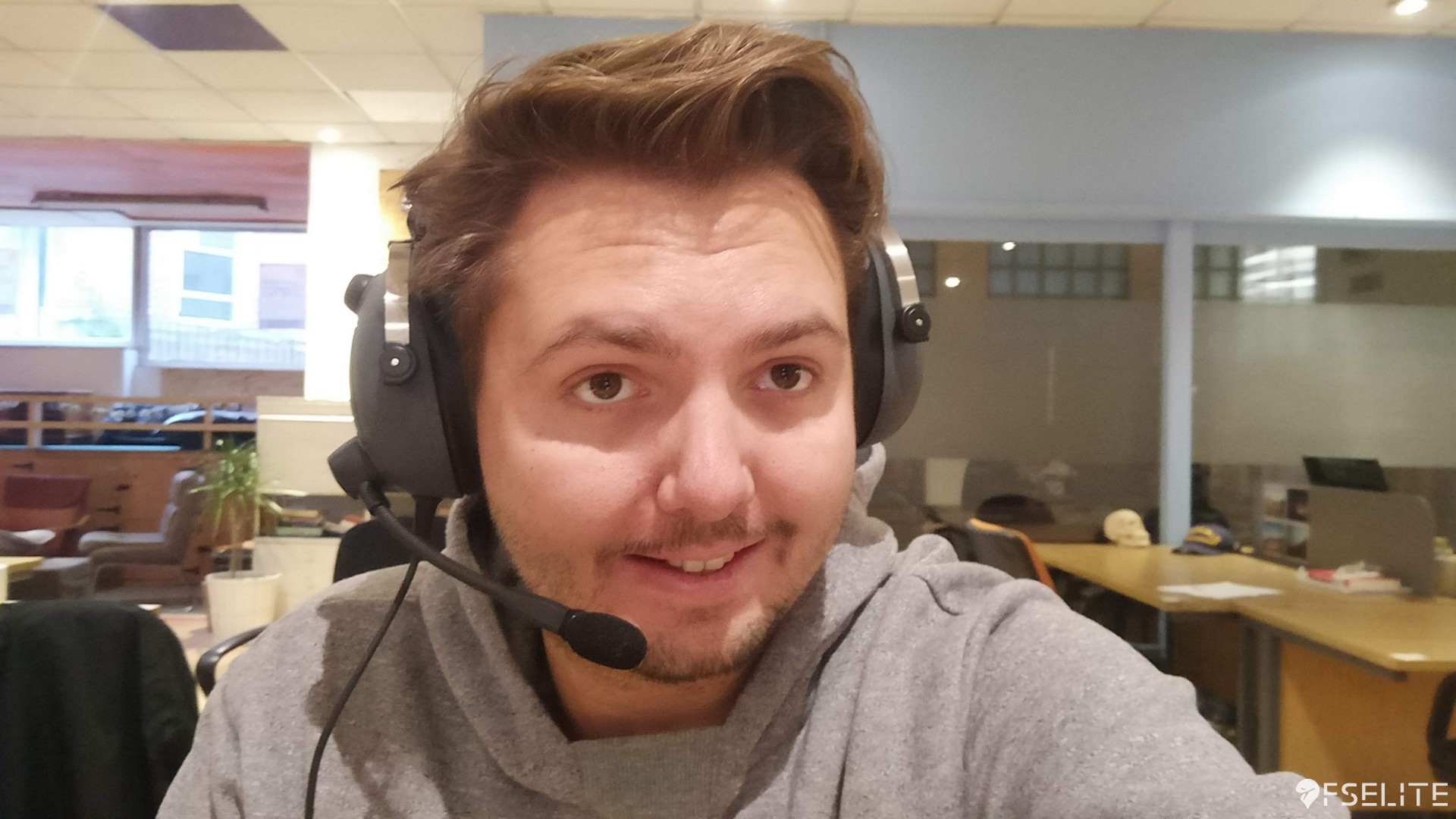 I found the headset to offer a good value proposition for those looking for an alternative, which looks the part for flight simulation. The customisation faceplates are a neat touch, but the real value comes from the audio and comfort quality. Even after extended use, I found myself wearing them comfortably and not at all a distraction like I have had with other sets. For flight simulation enthusiasts, this is a great set of headphones to immerse yourself into the action.

8.4 Out of 10 How do we score? | Feedback? A great headset that suits the hobby and provides the desired quality required to enjoy and use for your daily flight simulation experience. It's a bit pricer than the standard headset, but the interchangeable plates and on-ear volume adjustment features helps to justify it.