MK Studios’ latest release of Naples International is a development that I’ve been following for quite some time. Originally, I only become aware of it when I was investigating their Madeira Evolution product on Facebook. Needless to say, Italy has had quite a prolific streak of scenery releases over the past few months and Naples X, published by Aerosoft, makes a fantastic addition to your Italian scenery library. Come to think of it, looking at my scenery library, I’ve now got every corner of Italy covered. 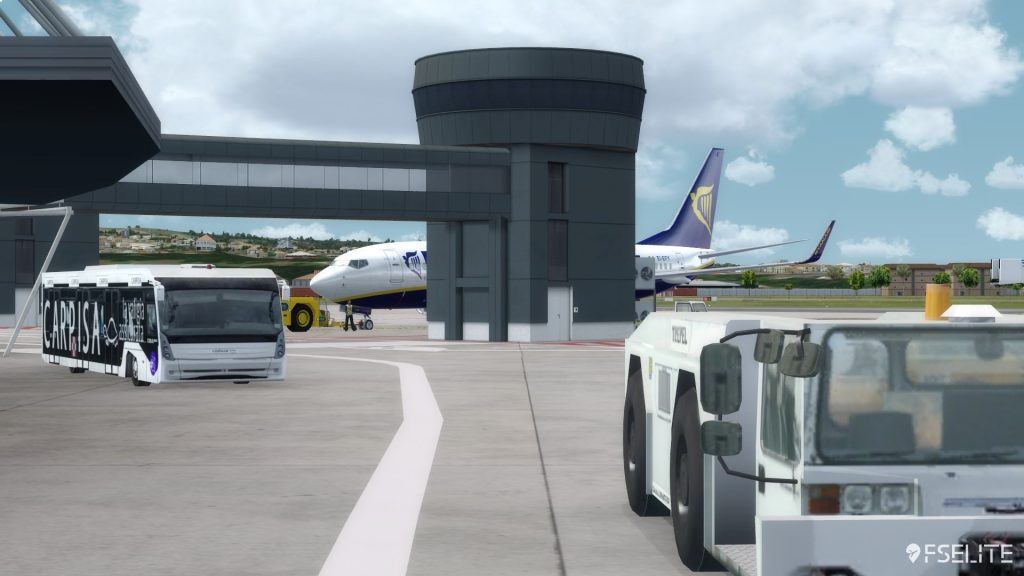 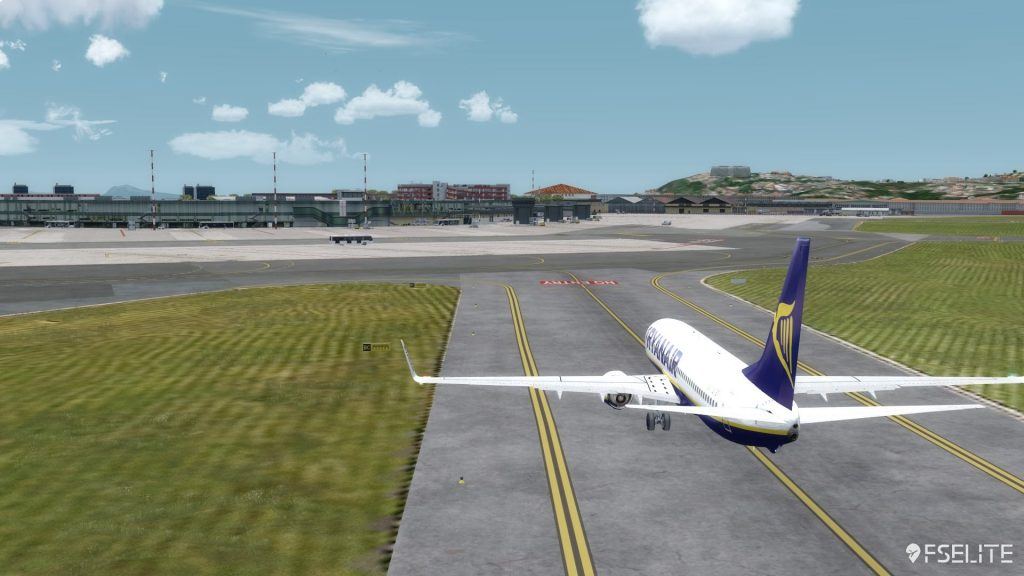 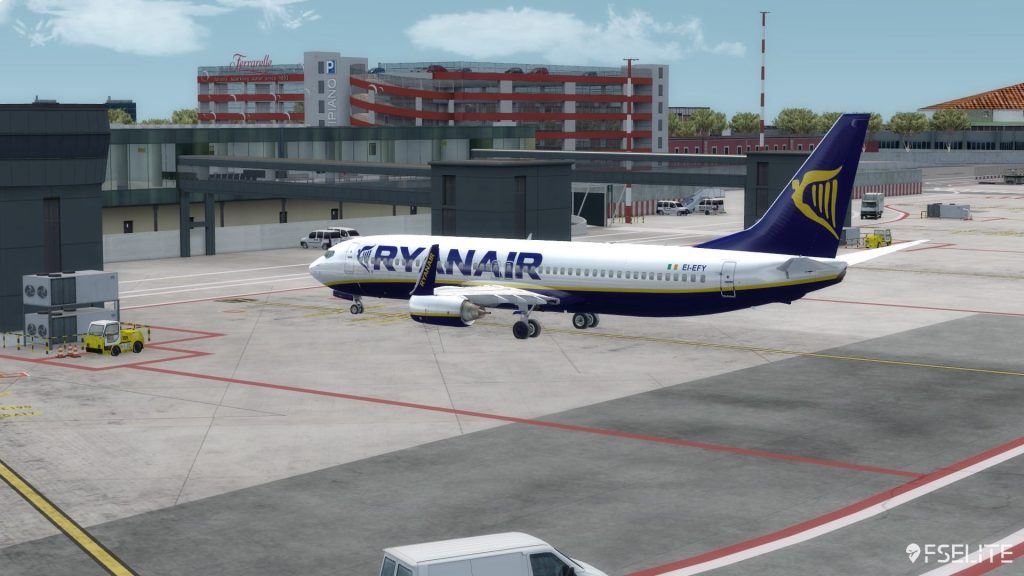 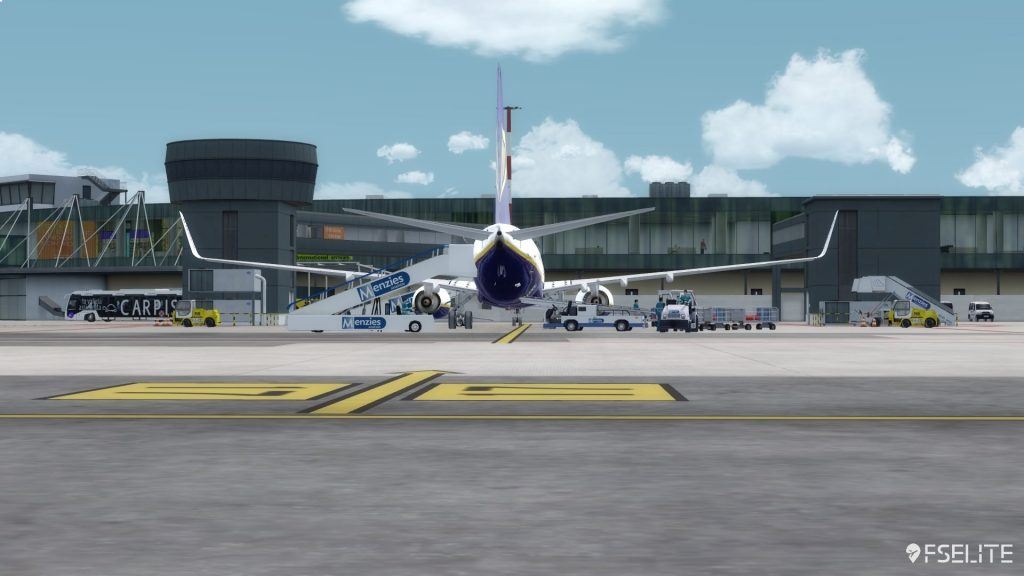 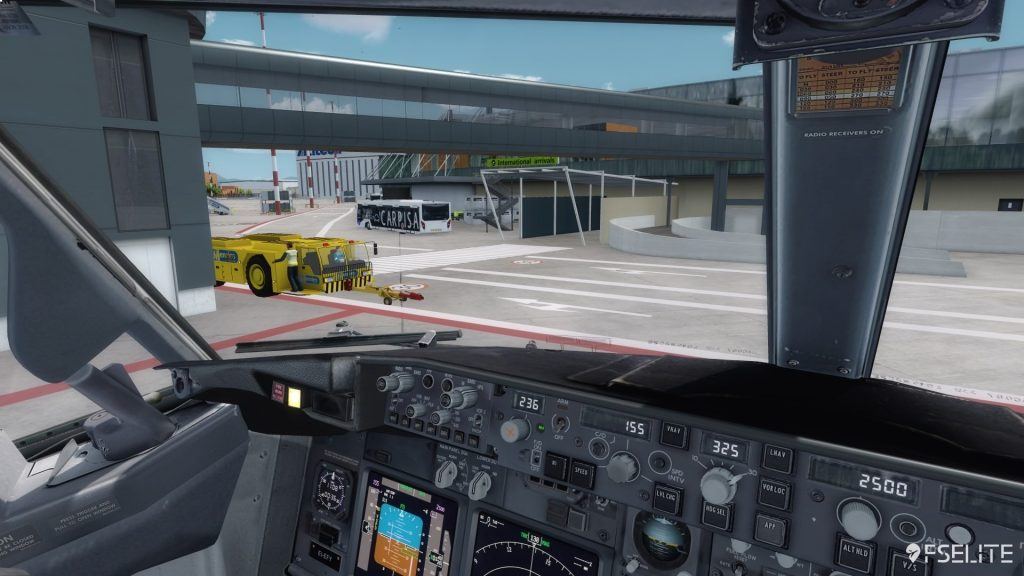 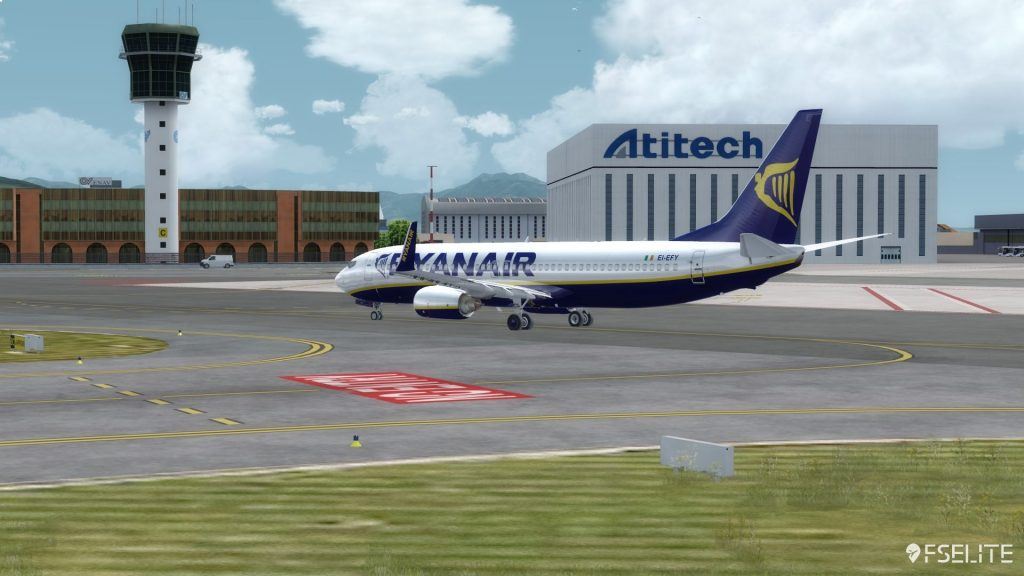 Aeroporto di Napoli-Capodichino is located in the heart of Naples, which is a city known worldwide known for its culture, heritage, food, and connections to the Mafia. It is also the gateway for tourists wishing to visit Mt. Vesuvius which is located about 9 KM from the city. The airport was originally a military airfield built to defend the city of Naples, but was later converted for commercial use in 1950. Now it’s served by over 49 airlines from all across Europe and the Mediterranean.

Napoli X comes in the form of a 653 MB direct download. Installation doesn’t take long and is in the form of a classic Aerosoft installer. You will also find a manual and a traffic configurator.  The configurator doesn’t offer much in the way of customisation, but allows you to regulate apron and maritime traffic.

So overall, what are you getting?

As you can see, it’s quite a package and offers great value for money. It’s also compatible with the latest versions of Prepar3D. Just to highlight, it also comes with a NavDataPro Charts client with associated charts. I have my own charts provider so I haven’t looked into this as it’s not something of use to me. That said, it’s there if it’s useful for you.

As always, the quality of MK Studios’ products really stands out and is consistent across the board. The cityscape is true to life, and is recognisable on approach. Noting several points of interest from both directions, I was quite interested to see how it held up in terms of performance. Given that the FSLabs A320 is a pig for VAS, this was my choice of aircraft to really test the limits of the scenery, I was impressed. VAS remains stable despite some quite detailed and heavy areas of development. I think they have managed to get the balance 100% right between quality and performance. This is something that other developers seem to struggle with. Several approaches from both directions and a few VFR flights later, I was still so impressed with this scenery. The perspective it gives you when you change from flying commercial to general aviation is interesting – it’s almost like your mindset changes. Anyways, performance remained stable throughout testing.

The texturing is beautiful, and I particularly liked being able to see into the terminal from the comfort of the flight deck. It did make me laugh panning around the A320 completing preflight checks and noticing the Body Shop in the terminal. It’s this level of detail that sets MK Studios apart from other developers. I really enjoy flying to destinations in the sim that I’ve visited in real life, as it gives me the opportunity to make real comparisons and notice the smaller details. As you’ll be aware from my previous reviews, I’m a massive advocate of avatar mode as it offers you the opportunity to get up close and personal with the scenery. I loved the fact that MK Studios have also modelled – in great detail – the check in areas of the terminal.  Along with the facade, despite this not being visible from the flight deck, it just adds to the immersion.

Service buildings are also modelled. One thing I always noticed on a visit to Naples while taxiing was the Atitech Hangar with its ocean blue font contrasting with the grey hangar. The level of detail throughout is just fantastic – nothing’s been left out or looked at as insignificant. I will say, though, that there was an area of the apron textures by the terminal that I think might have been forgotten about. There’s a very bold and harsh line where the two textures meet and it just stood out with one side showing rubber marks and dirt and the other appearing lacklustre, drab and too pristine. That being said, that’s me being finicky. It certainly doesn’t detract from the overall immersion. While we’re on the subject of markings, MK Studios did a fantastic job of striking the balance between realism and detail.

The rubber marks on the touchdown zone really give you that sense of use, and as quite a few of the stands in Naples are self maneuvering, there’s also the relevant rubber marks and aircraft dirt on the apron to suggest these maneuvers. I like that it doesn’t feel brand new, and I think one of the reasons it’s so immersive is because it genuinely looks alive. You’ve got bollards, air conditioning units, busses, service vehicles, birds, store frontage, and more. No detail is spared and everything is modelled in true to life form. The grass looks freshly cut and textured so much so that it’s not hard to imagine what it would be like to complete the walk around with that warm Italian sun and ocean breeze. It’s just a beautifully modelled scenery of a very picturesque area of Italy.

The lighting is superbly done, casting dynamic shadows that actually resemble the modelled object. I flew a commercial flight from Luton to Naples during testing. It was approaching dusk on approach which is one of my favourite times to fly, and I use a whole host of weather modules and environmental programs – but that aside, I was taken back by how absolutely amazing it looked. As I was approaching the airfield, with the sun setting and the lighting of the airport illuminating the tarmac and surrounding area, it certainly looked very lifelike.

8 Out of 10 How do we score? | Feedback? I'd recommend this scenery for any simmer. It really is a must have and really captures the Italian spirit. It was a joy to test and I look forward to flying there in the future. The value for money that it offers is unrivalled so I would say that you should make this your next addition to your library - if you haven't done so already!