Before anyone asks: no – this isn’t an add-on for Prepar3D or X-Plane. In fact, it’s not even a PC-based flight simulator. In fact, the entire simulation is powered by your tablet or mobile phone. That’s right – no super expensive hardware or customisation – you just download the app and off you go. At Flight Sim Show 2018, I had my second opportunity to sit down and try out Infinite Flight with the team that makes it.

I can hear it now: “but you cover P3D and X-Plane!?” Yes, we do. But FSElite has been built to support a range of flight-based simulators and experiences. Furthermore, if the developers of Infinite Flight are  attending some of the largest and most community driven events (FSExpo and Cosford), then they’re more than worth our time and attention. I’m hoping that by the end of this first impression article, you’ll agree with me.

Available for both Android and iOS, Infinite Flight takes advantage of mobile technology found in modern devices to provide a very community-driven and visually pleasing experience for flying around the world.

Keen to try it, I approached the team at Infinite Flight to talk about the title whilst also using it. Lucky for me, Jason from Digital Marketing, was on hand to guide me through everything I needed to know. He loaded the sim up on an iPad and put me into a Cessna 172 in San Francisco.

The first thing I noticed was how stunning the simulator looked. I found it incredible to think that this level of detail was happening on a mobile platform. I was blown away by the details from the ground imagery because it looks sharp and high resolution. Whilst the images are processed on your smart device, the information regarding terrain is streamed via WiFi or data to your device. It’s all very fast and actually surprisingly detailed. The trade off of having the data streamed is that if your connection drops or is weak, you’ll start to see less details or connection failures. However, during my time with the sim, I didn’t experience any issues.  Because Infinite Flight relies on online data, offline mode doesn’t exist – which meansflying without a connection isn’t an option – even in solo mode.

Controlling the light Cessna was also a brand-new experience on a mobile device. It’s certainly not as precise as the control mechanisms I’m used to, but the use of gyro-accelerometers allowed for a enjoyable experience. At first I was waving my arms here, there and everywhere in an attempt to fly the plane straight, but it was surprisingly intuitive  after a few minutes. I tried it on both a mobile phone and a tablet, and I think I can safely say I preferred the experience on a tablet. I had a feeling of greater precision with the tablet, and reading the information on screen was that much easier. 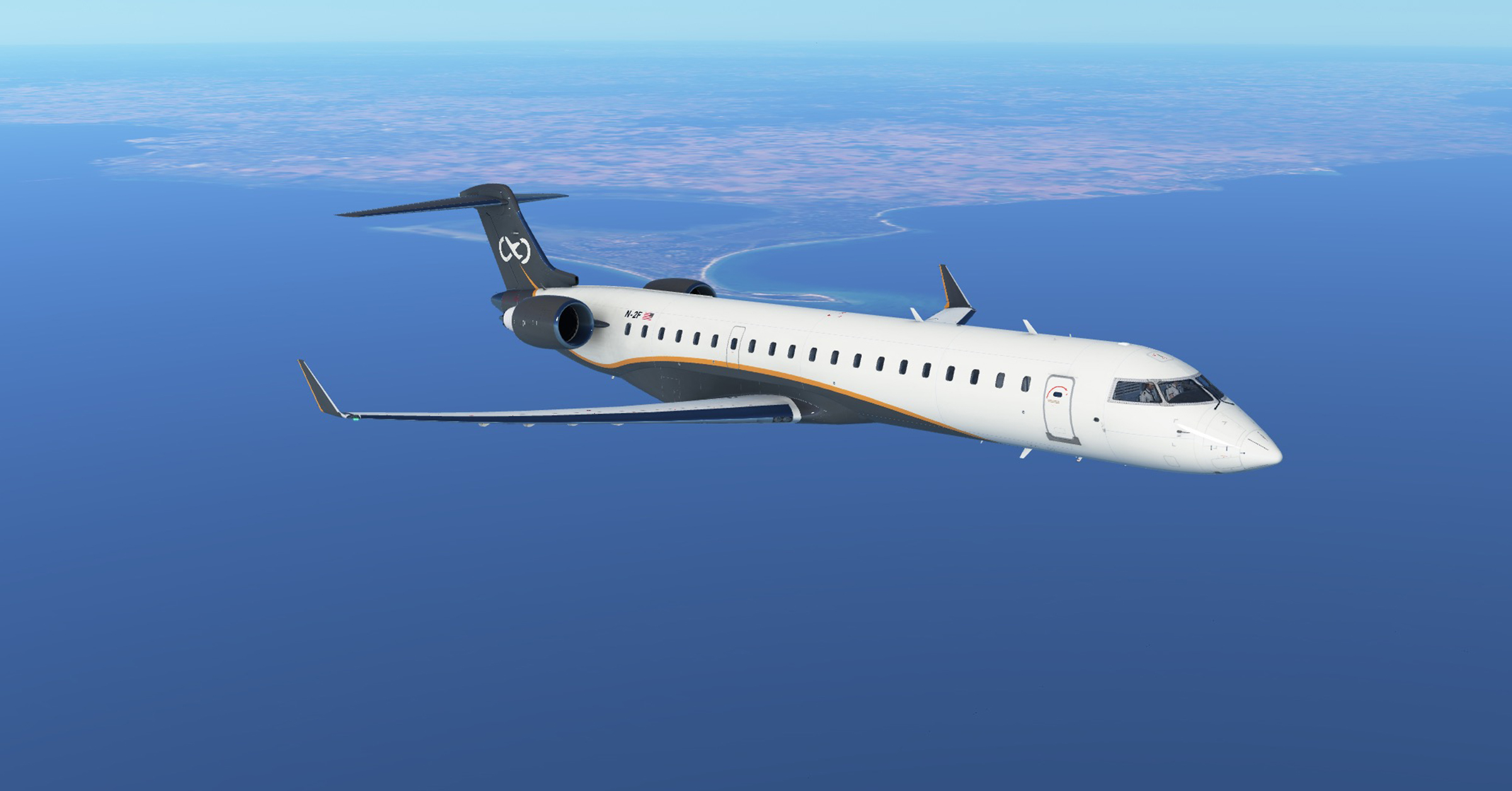 The motion controls weren’t the only thing I had to be aware of. Other actions including flaps, rudder and throttle were all mapped to touch screen controls. Surprisingly, the placement was very natural. Increasing thrust simply meant pushing up on the PWR slider, whereas selecting flaps or changing a view simply meant sliding my finger to the right box and performing the basic gesture (usually slide, up, and release). Admittedly getting my head around this certainly took a few attempts, but by the time I finished the demo, I was feeling pretty confident with the controls. Of course, if you’d rather just cycle through multiple views and enjoy skimming up the coastline of California, you can just switch on the autopilot and enjoy the views.

Whilst the global satellite terrain imagery looks great and runs smooth on both a tablet and mobile phone, the lack of 3D buildings did have an impact on immersion. Despite being mostly accurate in terms of layout, the only thing that existed at the airports were taxiways and runways.

The world of Infinite Flight is pretty expansive for a mobile title. Weather, time of day, and the weight and balance of your plane (both KG and lbs) are included to customise your experience. For weather, users can change the visibility, wind direction, velocity, and temperature. Although things like cloud base and precipitation aren’t currently available, I’ve been told it’s high on the community’s most requested list. It was pretty neat changing all of these settings on-the-fly and seeing them happen in real time and then jumping back into the experience. Impressively, Jason told me that the live data pulled into the app includes live weather and winds aloft data.

One of the more impressive elements of the simulator is how well integrated air traffic control is within the software. It’s really easy to contact ATC, announce your intentions, and interact with their instructions. The touchscreen makes it super easy to pick your selection and easy to see any incoming instructions. These are then read out to you via the built-in voice readers on your system. On iOS for example, Siri reads the instructions to you.  It’s not quite VATSIM / IVAO level of immersion, but does a good job at introducing people to the world of controlled airspace.

Equally, on the other side, controllers have a really slick radar interface to use and can easily issue their requests to pilots via the massive online community. Again, there’s no voice interaction, but the set-up is perfectly suitable for new people. With that being said, if you’re comfortable with controlling, it’s a fun way to control hundreds of pilots at busy airfields. Think of it as a mobile way to keep your skills sharp and to practice for when you want to take on new challenges in other simulators on other  platforms.

When I spoke to Jason, he confirmed that typically, there are between 1000 – 2000 users flying at any one time. That’s more than the biggest number of connections within VATSIM during events such as Cross the Pond. The skies in Infinite Flight certainly felt very active during my short demo session. Another impressive statistic on how active the Infinite Flight community is the fact that their forum has 63,000 registered users.

This community is key for the developers at Infinite Flight. Often, they will ask the community which aircraft or features they want to see next. This usually helps the developers decide which direction they need to head in, or it allows them to understand what they can do next to attract more people to the world of Infinite Flight. Jason added that “In addition to this, we’re always looking for ways to make Infinite Flight even more relevant, which can include practice and light training.” He went on to say that “flying into a new field on Infinite Flight in your aircraft or actually flying the route can also be very helpful for preparation.” 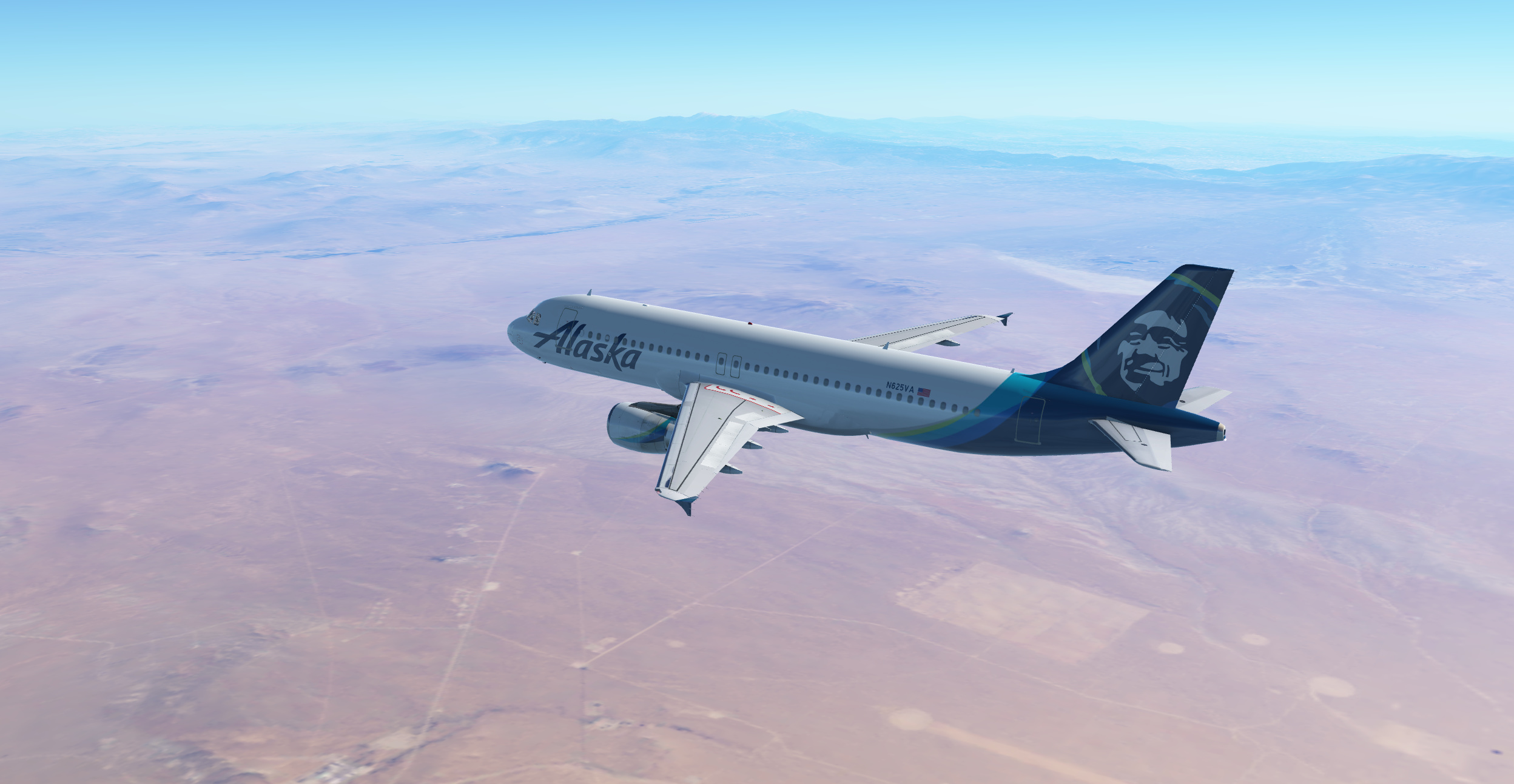 This large-scale community is what really helps to make Infinite Flight stand out. In the 6 years of development, the community has been part of the driving force to help the developers understand what they need to do to improve the product. Speaking to some of them at Flight Sim Show 2018 proved that feedback really helps to provide a better user experience. What’s most exciting to see is how accessible the simulator is. During the Saturday evening in Cosford, it was great to see a dozen of the community members from Infinite Flight sit there and play online with members of the development team. No expensive desktop simulator, no tweaking – just load up your device and play away.

I’ve talked a lot about my experience with Infinite Flight and how it uses data and the community to create a unique experience. The way for everyone else to access it is through the app. The initial download does cost £4.99, which gives you access to a range of airports and a couple of aircraft to enjoy. Those aircraft include the aforementioned Cessna 172 or their newly released CRJ200. The vast majority of Infinite Flight opens up to the community using a subscription-based model. Users can pay £9.49 per month, or can subscribe to the service for £74.99 per year.

Subscribing gives people a wealth of features including the aforementioned global terrain data streaming service, access to real world weather and a huge selection of aircraft including jetliners like the 747, 777 and Airbus series of aircraft. Furthermore, it includes aircraft such as E-Jets, fighter jets and a range of classics such as the DC-10 or MD-11. Finally, being subscribed gives you full access to the online multiplayer aspect, meaning you can fly with friends or other simmers as well as interact with the ATC capabilities. Updates are frequent and often, with new aircraft being added all the time.

Infinite Flight is a great companion app for those looking for a new way to fly around the world, interact with other members in the community or just fly when you’re not at your desktop simulator. It doesn’t have the same level of customisation as desktop sims, but it makes up for it in accessibility and engagement.

As a flight simulation-orientated media outlet, you can expect to see more coverage of Infinite Flight going forward. The news or original work may be fewer and further in-between, but Infinite Flight is a great way to practice approaches or explore new areas for a few hours. With frequent updates and a massive range of aircraft to choose from, you’ll find your own way to play within the app.

If you’re keen, you can grab Infinite Flight from Google Play Store or the App Store.