Orbx is going beyond scenery development and will soon be releasing a personal flight tracker called Volanta. This all-new easy to use smart flight tracker integrates flight data across all simulators.

The concept behind Volanta will be to provide simmers more reasons to fly and find new inspiration challenges, friends to fly with and track your progress within the virtual world. In the forum post on the Orbx forums, they highlighted several key features including the ability to automatically track flight data, regular Orbx giveaways, unlimited storage options and much more.

One of the key features highlighted in the forums is the ability for any flight to be tracked without the need to fill out forms. Described as “get in and fly”, the intelligent tracking system will be able to pick up your flight data, aircraft type, reg and other details automatically and populate the fields based on what you’re doing in the simulator. You can always override this too if you need to edit the data.

Volanta’s core feature, however, is the map. The team have constructed this entire app around the map which will be fluid and smooth regardless of the number of aircraft, points of interest and airports displayed on the screen. There are multiple map layers for services such as VATSIM, IVAO and FSCloud, along with Major/Minor airports. Zooming in on airports will give you data such as gate numbers, taxiway and runway information. It is also confirmed that there will be tight integration with Navigraph so you will be able to view navdata such as fixes, navaids, upper airways and also lower airways. 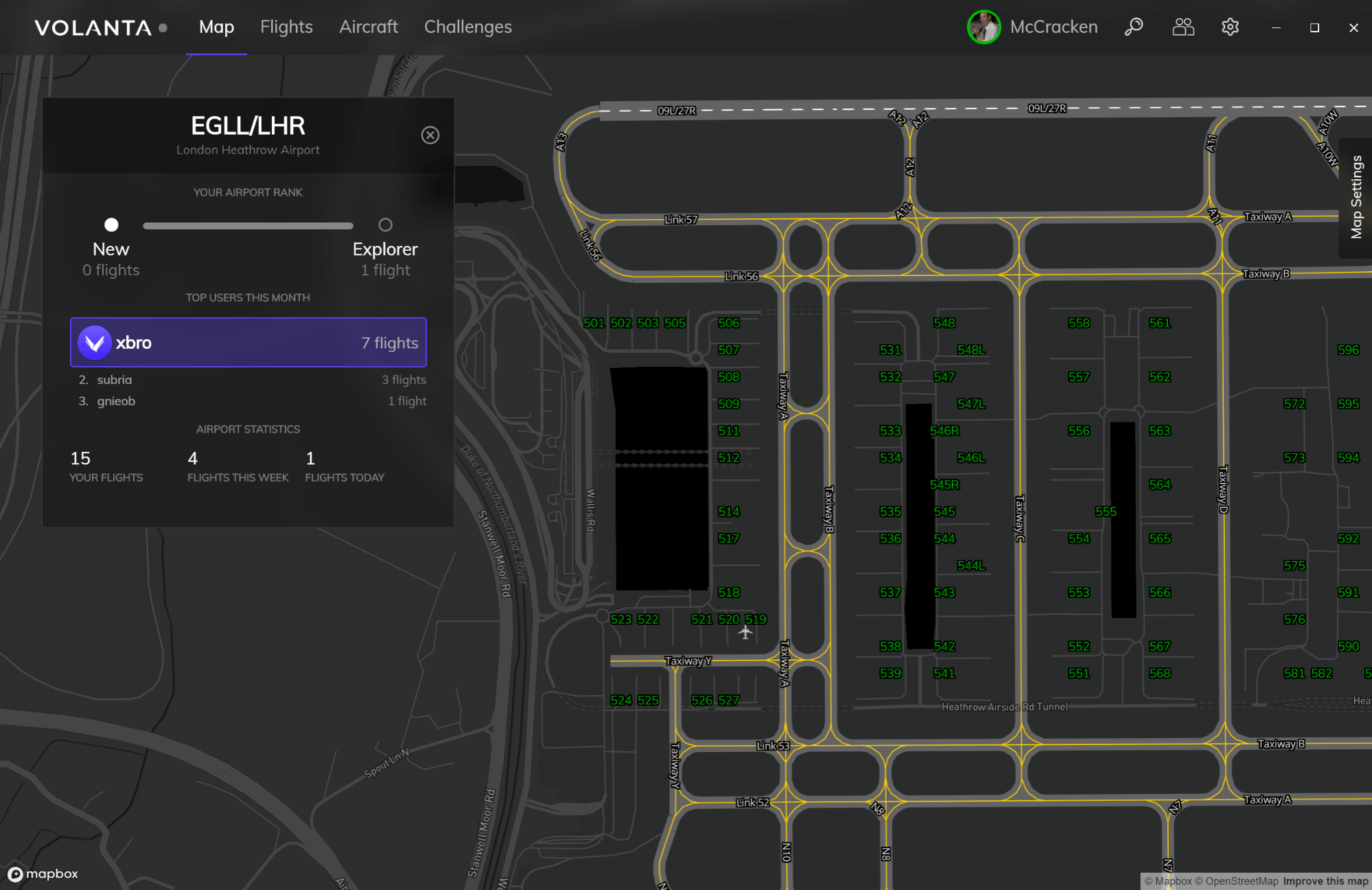 Each aircraft on the map page will also be clickable to view the pilot’s flight information. From current altitude, airspeed and the route they plan to take. Moving the map around will also give you a 3D view of their flight including their altitude.

Users will be able to log and track any of their own flights, as well as friends, on the map application. Each airport pair is drawn on the map. Aircraft will also be logged so you can see their current location, routes they’ve taken and see which aircraft you fly most often.

Other features include flight planning, with integration with SimBrief, and also challenges. Challenges will take advantage of the integration with services where you can take part in regularly updated fun tasks which could earn you big prizes from the Orbx catalogue. 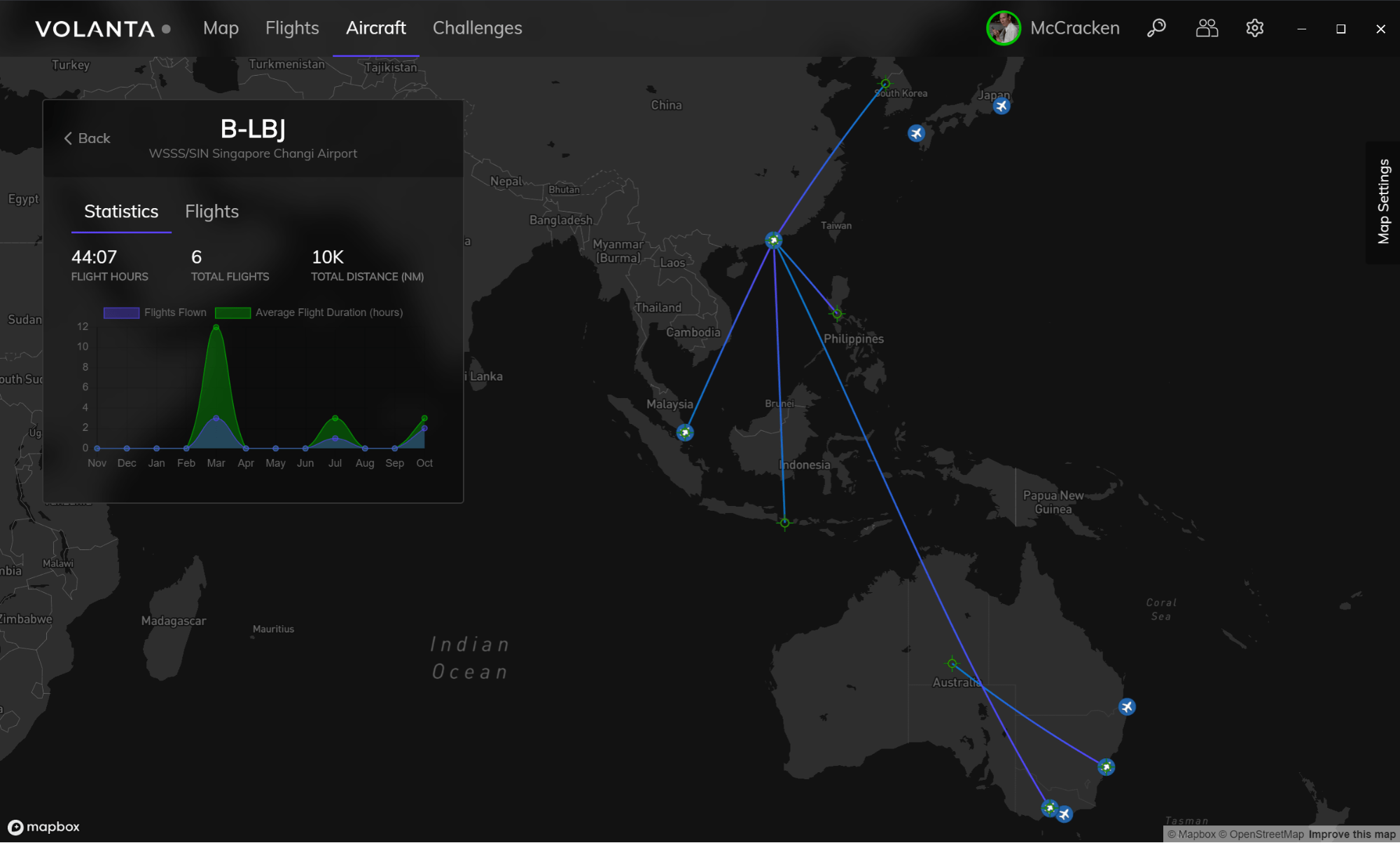 Whilst the main application will be downloadable to your desktop, Volanta will be accessible via desktop and also mobile devices. 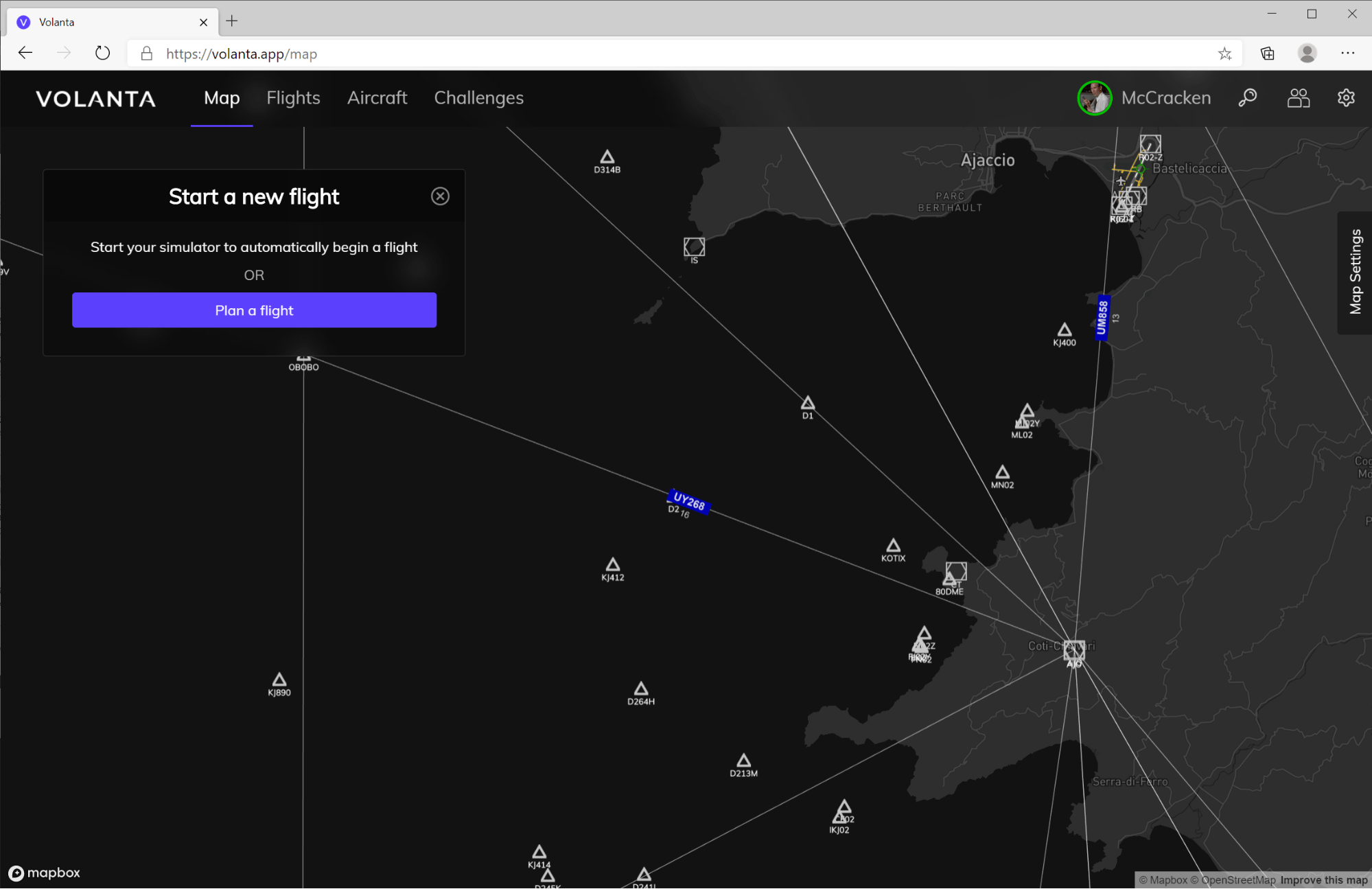 For those looking to give Orbx’s Volanta a go, you can sign up for the invite-only beta. This will allow you to be the first to try out the application whilst also providing feedback to help shape the future of the application.

Orbx has said this is just the start with more to come in the future. Improvements down the line will include more integrations with other simulators (DCS, Infinite Flight) along with notifications, schedules, streaming tools and other languages. Notifications for your mobile device for when you reach top of decent and when friends are flying is also planned. 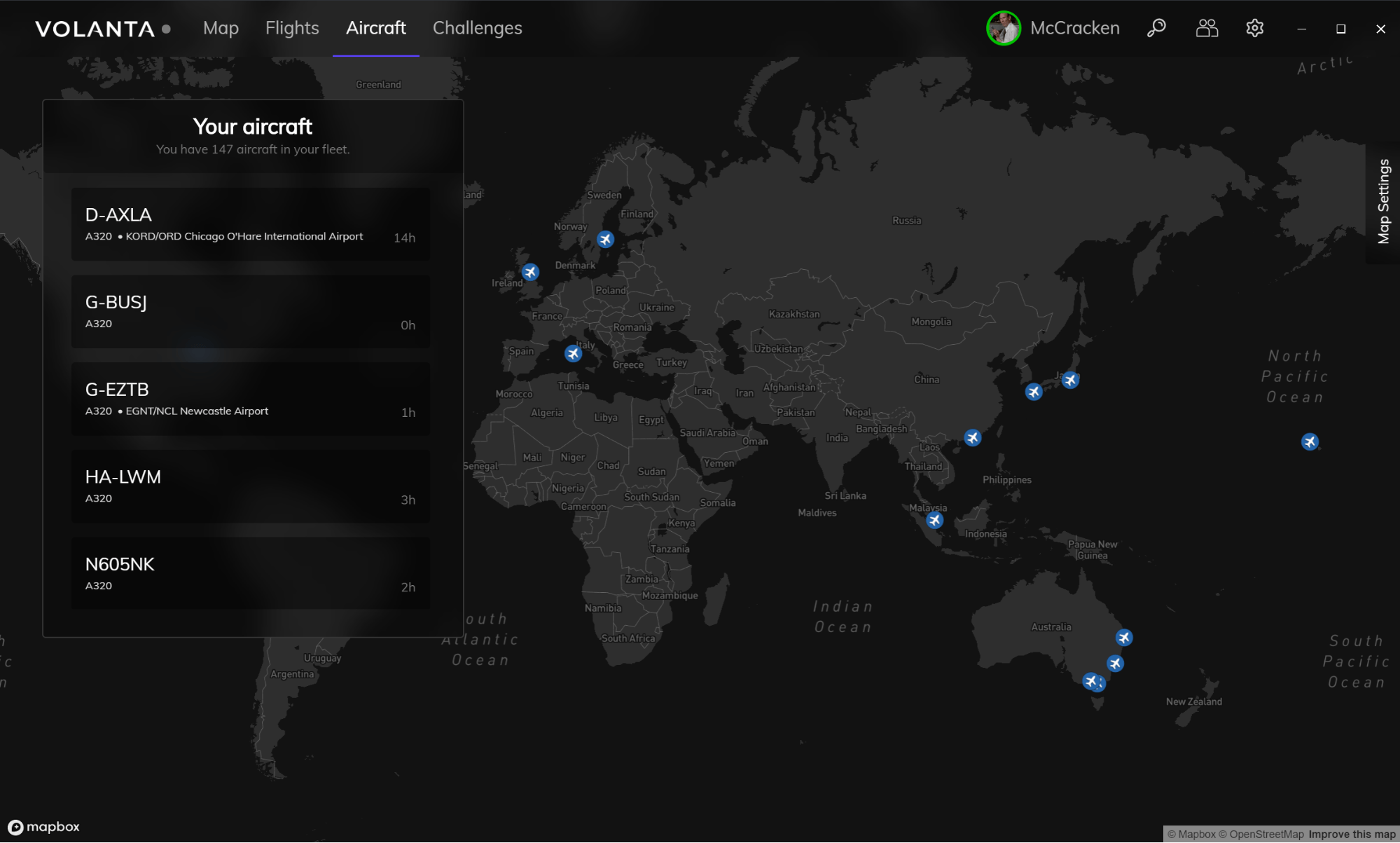 You can find out more on the Orbx forums. We’ll keep you updated with any developments on Orbx’s Volanta.