The first Live Developer Q&A for Microsoft Flight Simulator of 2021 has concluded over on Twitch and with it came a range of new information about the immediate future for the platform. Whilst we already know that the next world update will focus on the United Kingdom, it was confirmed what the next World Update will be, along with new sections on the Marketplace.

In the hour-long live stream, Jorg Neumann (Head of Microsoft Flight Simulator) was joined by Sebastian Wloch (CEO, CO-Founder) and Martial Bossard (Executive Producer) of Asobo Studio. Along with answering questions from the community, some new information was shared about the future of the simulator. At around the 23-minute mark, a brand-new trailer highlighting World Update III: United Kingdom was shared.

Update: It has been confirmed that the new anticipated date for the update release will be between February 9th and February 11th 2021.

Following on from World Update III, it has been confirmed that the team will spend time focusing on parts of Europe next. France and the Benelux (Belgium, Netherlands and Luxembourg) will form the next World Update, which is scheduled to release in March, but this may change.

During the live stream, the developers went through the current top wishes and began discussing how the team will be taking on some of those wishes. Right now, the most requested feature is having a freeware section in the Microsoft Flight Simulator Marketplace and also the ability to download content such as the FlyByWire Simulations A32NX through the sim. It was mentioned in the stream that work on this is currently being prototyped. There is goodwill coming from both sides to make this happen so fingers crossed this will work out for the entire community.

In addition, another element the team is prototyping a new Scenery Gateway System to enable developers/community members to add their own edits to pre-existing scenery that will enhance the default environment for all users. The vision, we imagine, will be to have something akin to X-Plane’s system.

The other new piece of information shared was how the team now have a separate wishes list for virtual reality. Whilst that list is shorter than the main wishlist, it features important requests such as VR controller support, brightness adjustments and general impairments to performance. 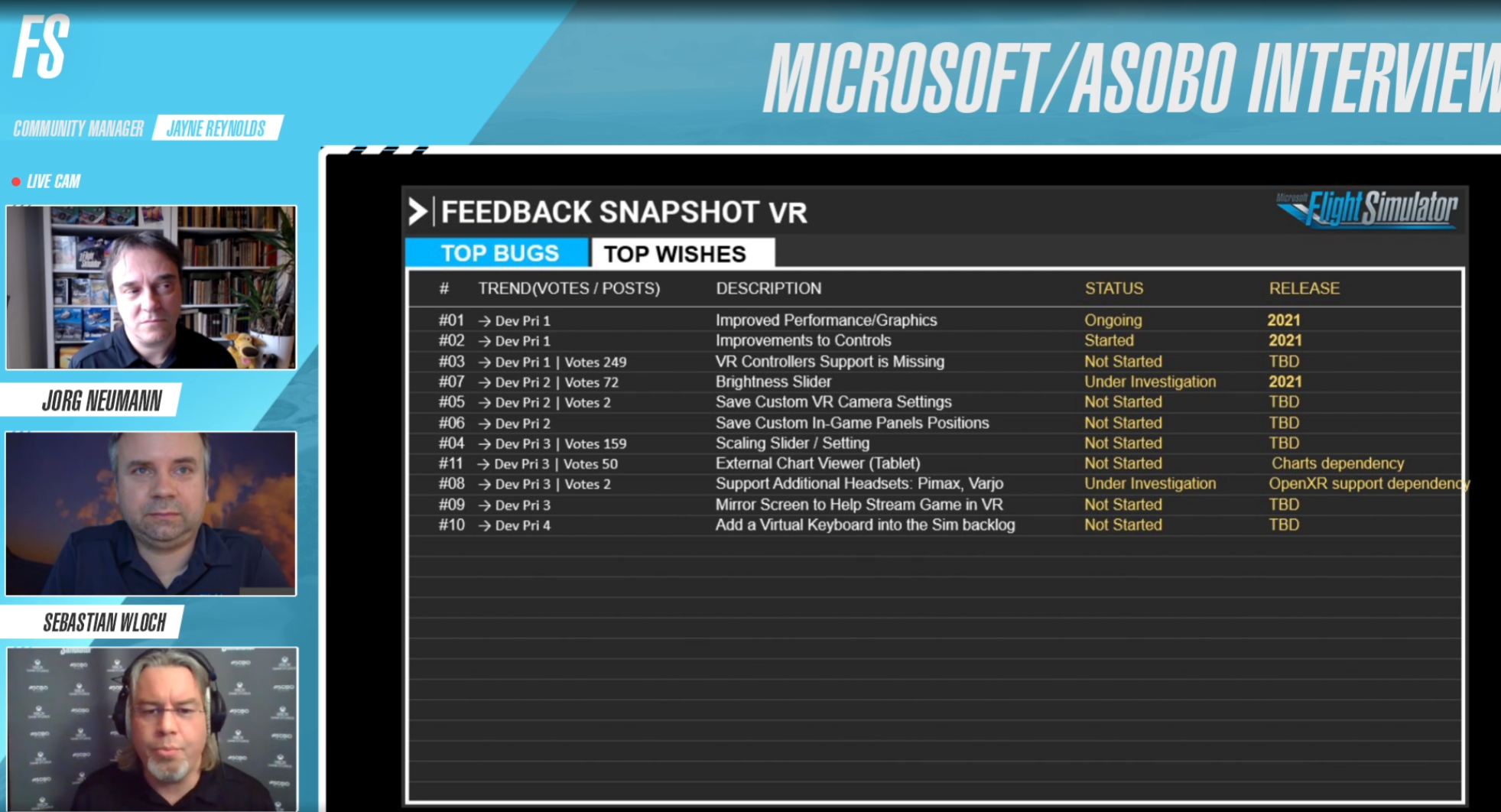 The team also answers a range of community questions, providing even more insight into the immediate future of the sim. You can watch the full hour-long stream on Twitch right now.

Navigraph Adds New Familiarization and Qualification Charts to Over 270 Airports