With the release of Microsoft Flight Simulator now only a few weeks away, we are now able to talk more freely about some of the exciting new features and future plans to come for the new simulator. Microsoft and Asobo Studios have been busy sharing all-new details for the upcoming flight simulator including detailed information on Virtual-Reality (VR), buying the simulator on Steam and also what the future for flight simulation looks like.

Perhaps one of the most anticipated feature requests Microsoft and Asobo see is having Virtual-Reality with the new simulator. After the initial E3 trailer in 2019, the team heard loud and clear that VR was a must-have for flight simulation enthusiasts. Since then, the team always knew it would be coming to the simulator, it was just a matter of when. Well, it has been confirmed that the current plan is to release a free update this coming Fall to include VR compatibility.  Initially, it will function only with the HP Reverb G2 Headset, but more options will be officially supported in the future.

Whilst the wait for Virtual-Reality is still a few months away, it is now confirmed that TrackIR support will be part of the simulator on day one. 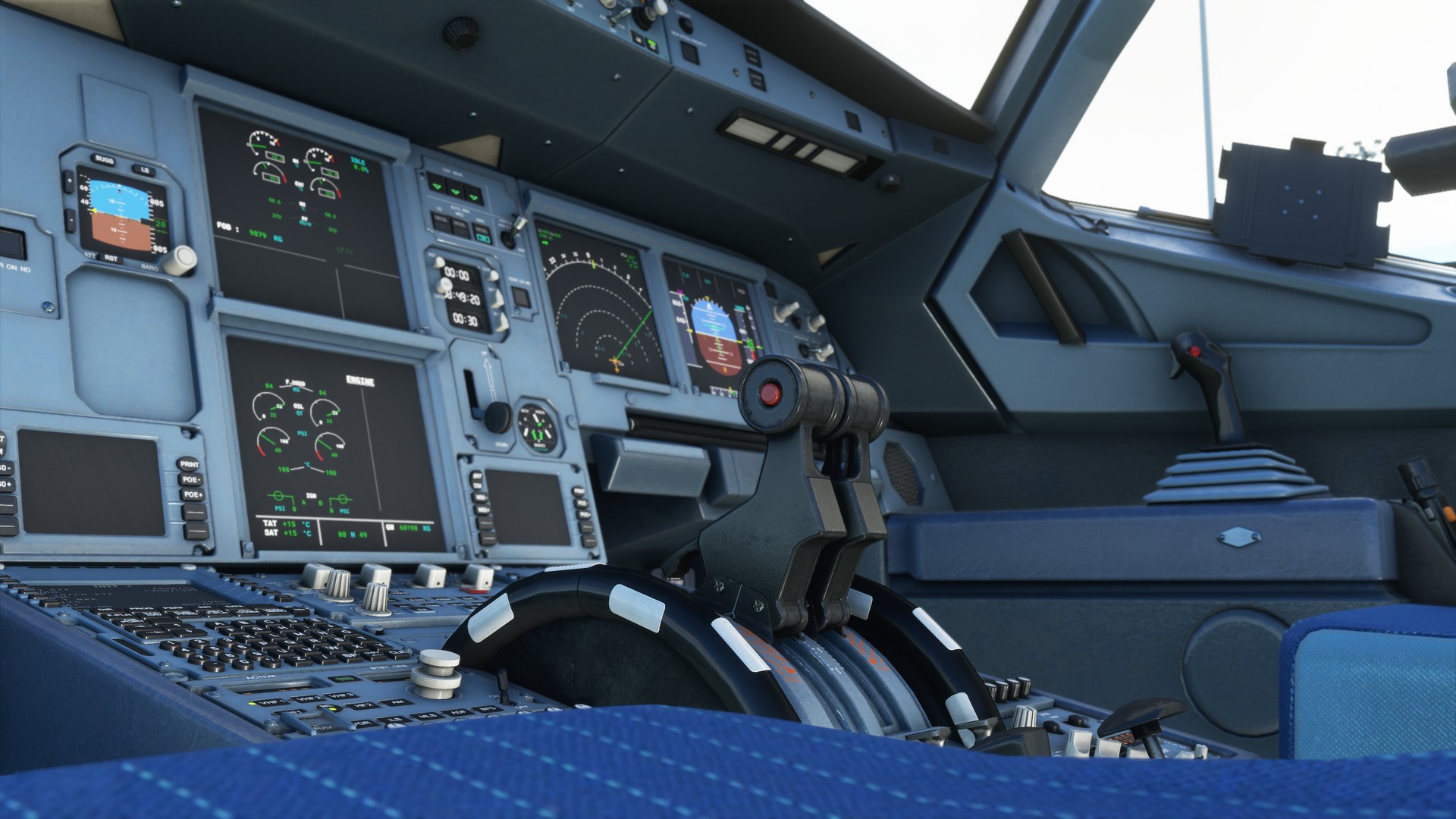 When the initial release date was mentioned earlier this month, Microsoft made pre-ordering the simulator available via the Windows Store. Starting today, Microsoft Flight Simulator can be pre-ordered through the Steam store. It will be made available to those who purchase through steam on the same day, August 18th 2020. You can get it from Steam here.

Whilst we have seen numerous developers confirm they are working on products, none have yet to be confirmed to be coming to the platform. However, Microsoft has confirmed that 414 developers have access to the SDK and building content for the sim. The team mentioned developers such as Aerosoft, Orbx, Gaya Simulations, PMDG, FlyTampa, Carenado and VATSIM.

During a press conference held by Microsoft, it is confirmed that Aerosoft is working on Trondheim Airport (ENVA) and Paderborn Airport (EDLP) and around 20 more by the end of the year. A few of these are due to be ready for launch.

Four airports were confirmed to be in development by Gaya Simulations including Vienna International Airport (LOWW), Berlin-Tegal (EDDT), Zell am Se (LOWZ) and also Nagasaki (RJFU). These airports are already in the simulator.

Again, four airports were confirmed by Microsoft which are being developed for the new simulator by Orbx. These are Graz Airport (LOWG), Fairways Airport (OG20), Page Airport (WA67) and Saint Helena Airport (FHSH). Orbx was also confirmed to have helped Microsoft with creating many of the included airports in the simulator. Finally Orbx has confirmed to FSElite that they are bringing Innsbruck Airport (LOWI) to the simulator. Announcements will be made in the future from Orbx about other confirmed airport.

Update: a new image has been added.

This is the first time FlyTampa has been confirmed to be working on the new flight simulator. In the presentation, only the air traffic control towers were shown highlighting what the team will be bringing to the table. Those air traffic control towers include Boston Airport (KBOS), Vienna International Airport (LOWW), Las Vegas (KLAS), Athens (LGAV) and Sydney Airport (YSSY).

Confirmed already to be working on the simulator, but we saw the Piper PA44 Seminole and the Mooney 20R Ovation.

Back to Aerosoft, and whilst we know they want to bring their products to the simulator, we saw an early render of the Bombardier CRJ modelled in the simulator. The modeller of the CRJ said they are “delighted with the tools and there can now be an unprecedented level of detail in the cockpits.”

We saw an older image of the Boeing 777, but not from within the simulator. However, it did look like an updated version as it had some PBR effects on it. Again, it is confirmed they will bring their whole fleet to the new Microsoft Flight Simulator.

Whilst developers have already gotten their hands on the SDK, Microsoft confirmed that anyone who buys the simulator will get access to all the same tools the team uses to create aircraft, scenery and missions. This means anyone can create awesome products ready for the community. There was no mention of how quality will be controlled, but that users can sign up to the market place and if approved, they can sell their products via the store. 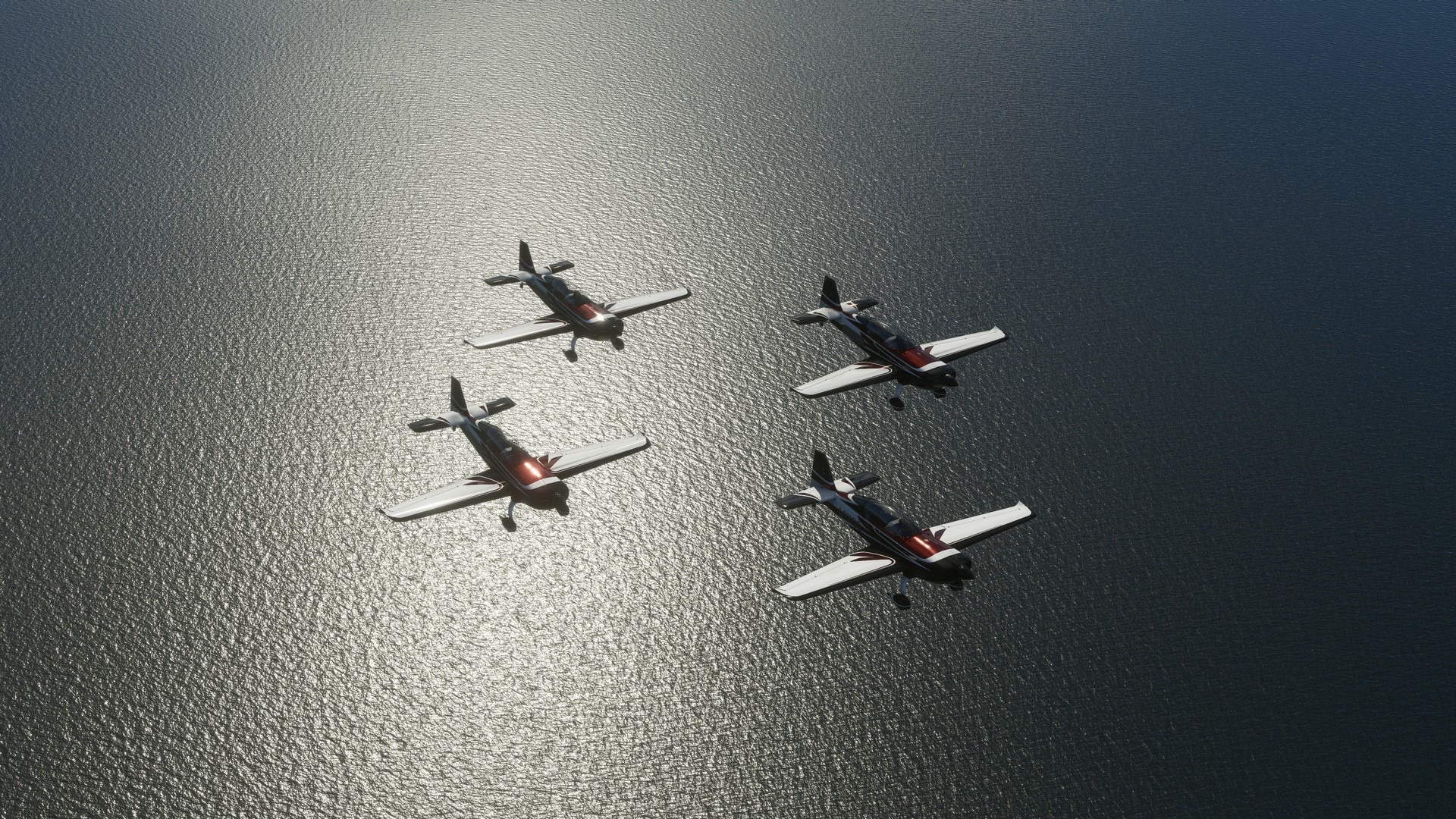 Whilst we’re all very excited for August 18th 2020 to hit, the next question is: what next? This question was answered by Microsoft in that there will be plentiful content coming to the simulator in the coming months and years. Over the course of time, Microsoft will release various updates. They will include World Updates,  Sim Updates and finally a handful of Paid DLC packages. Micorosft is planning to release a meaningful update once a month. But what do they mean?

These will be free updates. With Bing updating all the time, Microsoft and Asobo will package up new data within specific areas and create new content for the simulator. This download will also include numerous hand-crafted airports, along with landing challenges and tutorials. The team want to inspire new simmers to fly into new areas. These updates will fall every 2-3 months.

These will be free updates that will bring new features and various improvements to the simulator. Again, they will be released every 2-3 months depending on how development goes.

Described as big updates and could include helicopters. The team want to make quite a few of them in the future and it requires extensive work to get the physics and handling correct. Whilst this isn’t confirmed to be the first Paid DLC, it was an example shared about the type of quantity and quality to be expected. More specific details will release in the future.

The following release plan was shared about the post-release future:

We can’t wait to share it all with you in the build-up to release.