After many months of active development, iniSimulations has confirmed that their long-awaited A300-600R(F) will be releasing this coming August. The aircraft for X-Plane 11 has been awaited for a long time now and as the first aircraft from the development team, there is a lot of expectation.

The small teaser video shared by iniSimulations revealed the release date and reminded people of what is to come with the aircraft. 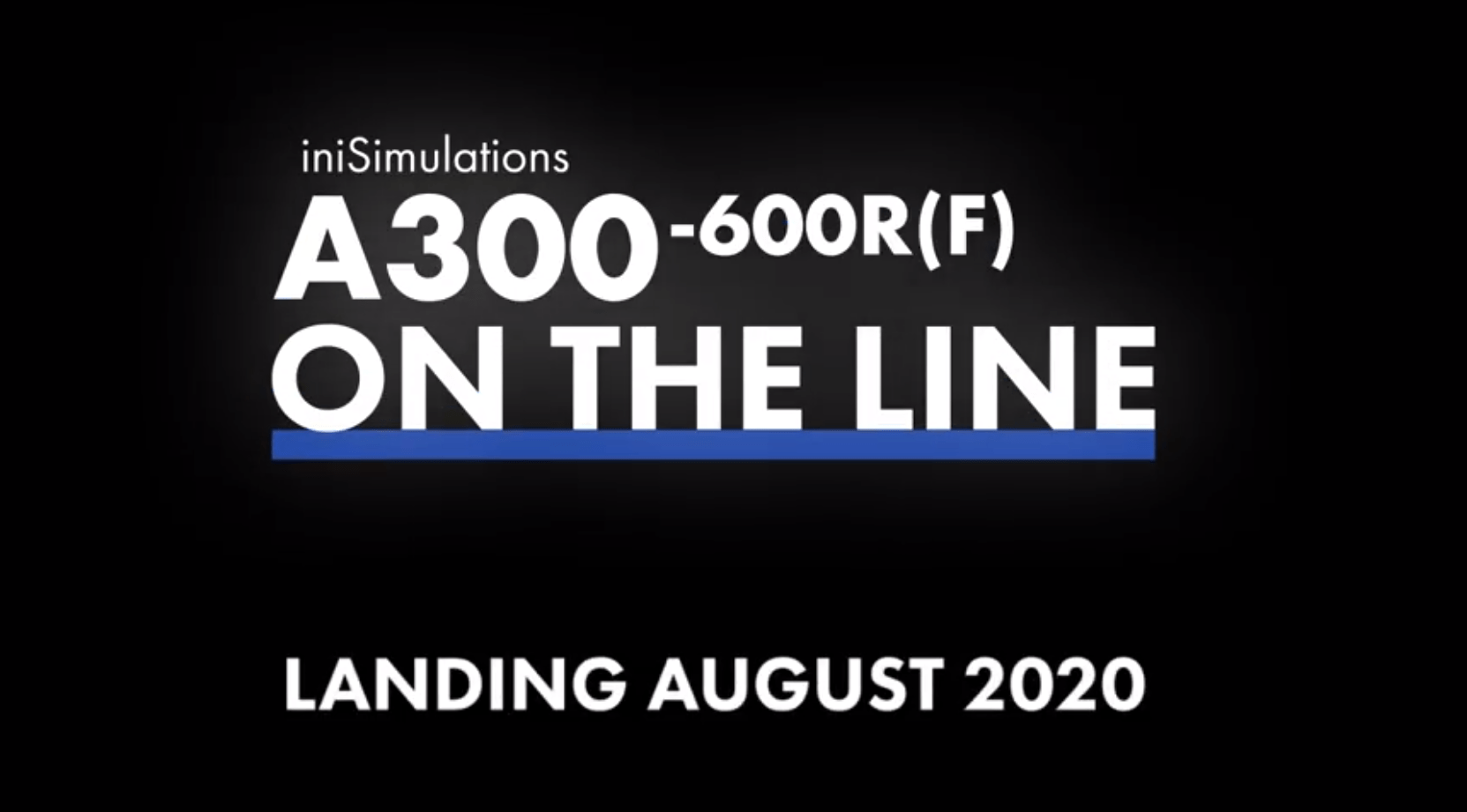 The feature list is hugely impressive with many exciting features to come with the aircraft. In particular, the aircraft will release with a complete custom VNAV and LNAV system, ACARS wind uplink, 4K PBR texturing and detailed modelling. Alongside that, the team will release the aircraft with a full FMOD soundpack, a feature-rich electronic flight bag and a range of options totally configurable by the user.

A price has yet to be set by the development team, but when we learn more in the coming weeks ahead of the release, we’ll let you know.

Our team has been hard at work over the past few months to bring the iconic A300-600R(F) to life and provide you with the most excellent experience in the virtual skies!

We are pleased to report testing and preparation is going well and will be showcasing some exciting things over the next few weeks. To kick things off, let us formally introduce you to the iniSimulations A300-600R(F) ON THE LINE.