After many years of development, FlightSimLabs has released their long-awaited A321-X. The A321 is the largest of the A320 family of aircraft with an increase in MTOW, extended-range (thanks to the ability to add additional fuel tanks), but all with the familiarity of the Airbus A320 cockpit layout. A popular choice amongst airliners due to its versatility, seating capacity and range.

FlightSimLabs have spared no expense in providing a truly immersive aircraft by adding in a range of features.

As mentioned before, the aircraft will feature a new CPDLC (Controller Pilot Datalink Communications), which enables you to interact with live ATC. Using the Hoppie ACARS network, the system will allow you to request a change in altitude, speed, or routing as well as the ability to reply to numerous communications when on the VATSIM network. A new DCDU model is also added to complete these tasks. 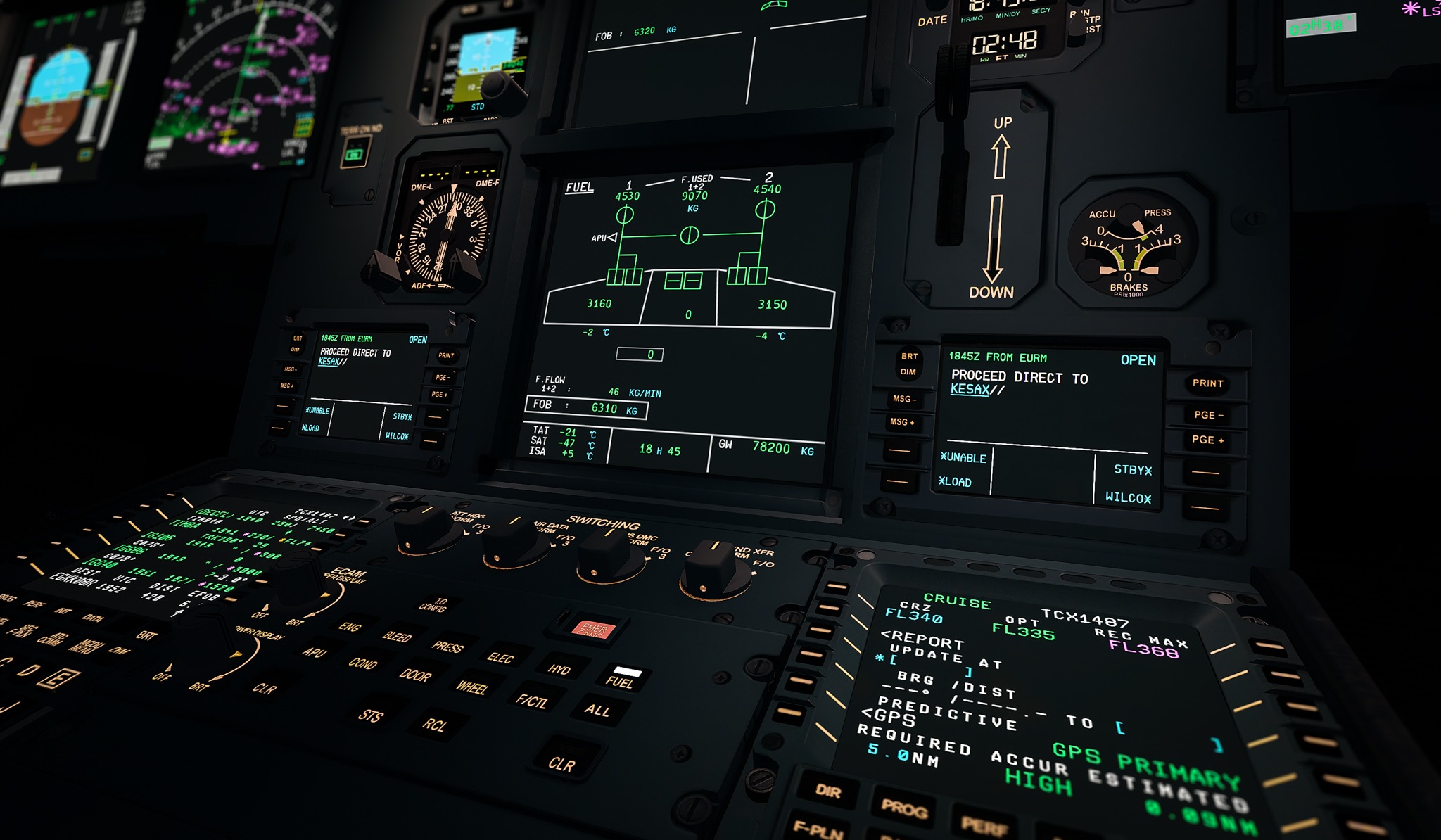 With the A321-X, the fuel system has been completely reworked to now offer the differences in which the real-world aircraft has compared to others in the A32X family. The new A321-X can transfer fuel from center tanks using jet-pumps and users can add additional center tanks giving a maximum fuel capacity of over 23 tonnes. The additional fuel tanks mean there is a complex system of valves modelled inside the aircraft enabling pilots to fly up to 7 hours in the narrow-body jet.

There are a range of features that came forward from the previous A320-X and A319-X series, such as highly detailed systems, electricals and a much more. Rain shield effects and icing effects are also included.

You will need to have the just-released update for the A320-X and A319-X. Details here.