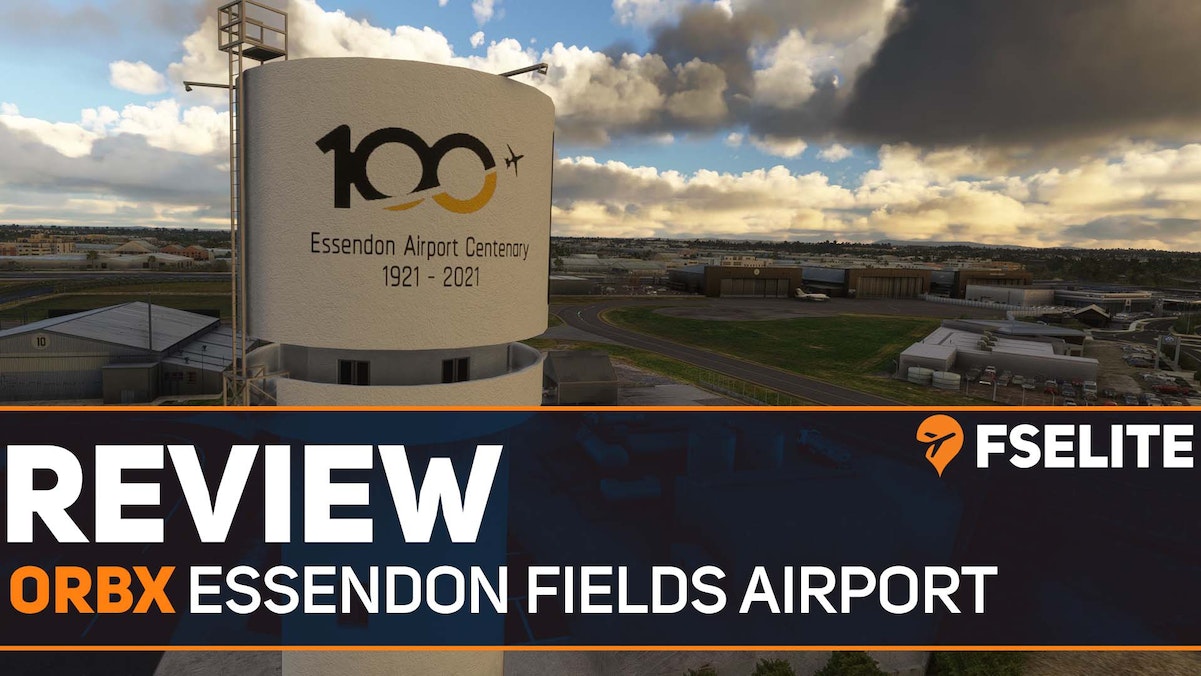 MSFS
Log in to save to Bookmarks
15 Nov 2021 18:00z
Review Information
Version reviewed: 1.0
Press copy produced by: Orbx
Purchase for $22.72 AUD
As per our Community Charter, all of our reviews are free from bias, prejudice and favouritism. Don't forget, each reviewer has their own style and thoughts, although they all abide by the Review Guidelines.

For me, Essendon Airport holds a special place in my heart. When travelling to Australia a few years ago, I found myself in the vibrant city of Melbourne and was impressed by the skyline of the city. I was so impressed that I felt the urge to fly around and see the city from a different perspective. It was then when I found that Essendon Airport had plenty of opportunities to do just that. With the private flying lesson booked, I headed to the airport and started my one-hour session around Melbourne. Unknown to me at the time was the fact that Essendon would eventually become the future home of Orbx’s Australian offices and that a detailed version of the airport would be produced. With my memory and plenty of pictures in mind, I couldn’t wait to get stuck in with the new flagship from Orbx.

A little history of the airport is needed first. Essendon Airport was, at one point in time, the main airport for the city of Melbourne. Situated only 8 miles from the city, the airport served a great purpose for allowing visitors across the country to visit Melbourne. However, as time went on, more and more airlines needed more space and so the primary airport for Melbourne was moved. However, all wasn’t lost as Essendon retained its vital use by providing the city with a buzzing hub of general aviation traffic with numerous flight schools, the Royal Flying Doctor Service of Australia and also the home of Orbx. And being the home of Orbx, there was no doubt that all the stops would be pulled to ensure that Essendon Fields was recreated to the highest degree. This is absolutely the case with the new version released for Microsoft Flight Simulator, as I’ll explain in this review.

Starting with a general overview of the airport itself, you get the impression of it actually being a relatively large regional airport. With two runways, ample parking space and a copious amount of hangar space, Essendon has a lot to find and look at. Regardless of where I was at the airport, Orbx has made considerable effort to represent it faithfully. Obviously, with its rich history, the airport has plenty of areas to explore that make simply panning the camera around exciting.

At this point, I think it’s fair to say that Orbx has really gotten to grips with creating quality ground texturing. The variety in texture use helps give materials a distinct look and feel, whilst the additional weathering and cracks give the airport a sense of life. After 100 years of active service, there is of course going to be a level of wear in the building and ground textures, all of which has been represented here.

What surprised me the most, both in real life and in the sim, is just how many buildings there are at the airport. For an airport of its size, there are a large number of hangars, passenger terminals and flying club buildings. Each of those buildings is fairly unique in its design and structure, so modelling them to this quality must have been quite the challenge. Needless to say, each of them is extremely well done and full of detail such as signage and wear.

For example, the main terminal building has corrugated roofing, plenty of large windows and a balcony platform that spreads across the whole building. This has been modelled well in the sim, with excellent use of texturing to represent rust and other imperfections that have aged over time. Other outer buildings also have similar levels of detail, with small air con units, ventilation shafts and even small planters present. Other buildings such as car parks are littered with 3D cars, and the nearby shopping centre is full of accurate branding and billboards advertising local companies. It’s a level of detail that I really appreciate and allows you to really get a feeling of being at the airport.

My only complaint is that despite how good the hangars look, they are closed, with no option for me to go in and park up my aircraft after a day of flying. After seeing how some developers are embracing the ability to have the hangars open/close automatically, it would be great to see Orbx step up in this regard. It’s a minor thing, but something I personally enjoy doing after a few circuits.

You can tell that Orbx has unparalleled access to the airport, thanks to the absolutely stellar interior modelling. Many will argue that the inside of the airport doesn’t matter for airport scenery, but Orbx goes beyond what’s expected to actually provide a meaningful experience. While the inside of the main terminal has a great amount of attention to detail, the most striking element for me was the inclusion of the airport’s history. Along the corridors of the airport are numerous canvases that offer an insight into the airport’s 100-year history. Each of them is here in the sim, completely legible. Not only that, but signage at the airport is really well done, fully legible and adds another layer of authenticity to the product. You can also check out the Orbx offices and meet the virtual team. I remember the airport terminal vividly from my own personal experience, and the facilities, offices and signs are where I remember them being, which is really amazing. Essendon Airport genuinely oozes detail in every corner.

Although this is a steller scenery product in its own right, there are a few minor issues that could easily be addressed in a future update, along with some other changes I would love to see. One example is how the taxiway signage lights up at night. It’s fairly flat in terms of colour and doesn’t provide any additional light source on the ground near it. This is a relatively minor detail, but one that is noticeable when the night lighting elsewhere looks great. Another example is the use of rain hitting the glass on the terminal itself. This effect is becoming increasingly common amongst other scenery developers and adds a new level of immersion. It’s sadly missing here, so it would be great to see that added in the future.

Perhaps one of the most impressive things about this scenery is the performance. Despite the huge amount of quality and detail across the entire airport, there was little performance degradation. Certainly nothing noticeable anyway. It’s clear that Orbx is really getting to grips with the simulator and its capability, and beginning to push the boundaries of what can be achieved in a modern platform.

My time at Essendon Fields Airport was full of nostalgia and amazement. Orbx is renowned for its quality scenery products and this is one of those classics that will be remembered. It may not have the same appeal as the likes of Innsbruck or even the main Melbourne Airport, but the history surrounding the airport and the fine detail throughout put Essendon Fields in the Classic Orbx Airport category for me.

FSElite Bottom Line
This is where Orbx delivers on its promises for world-class scenery products in the flight simulation space. Essendon Airport provides one of the richest experiences yet with a scenery product that delivers unquestionable quality. Whilst the airport itself celebrates its centenarian birthday this year, Orbx has delivered a faithful recreation of the Essendon Fields Airport and as a result, provides the perfect gift back for celebrating such a momentous milestone.
Likes
Incredible detail on the interior modelling - seeing the Orbx offices is cool!
Performance friendly throughout the airport
Extremely close attention to detail for airport signage and nearby shops, buildings etc
Dislikes
Missing those extra touches like rain on the terminal glass
Some night lighting on the signage is underwhelming 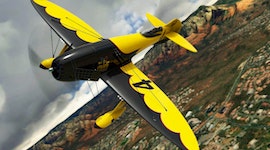 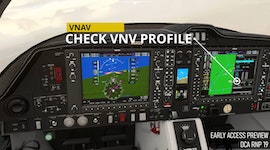 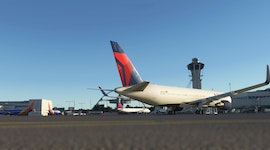 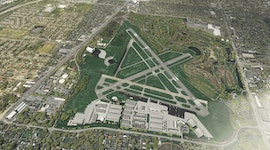 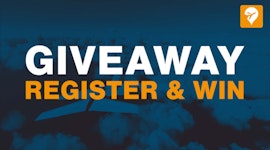 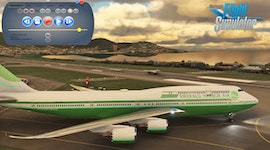 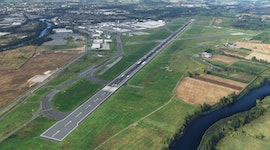 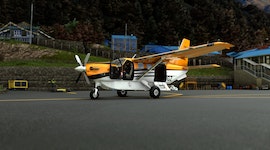 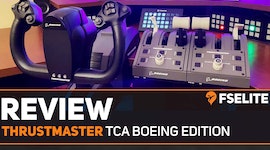 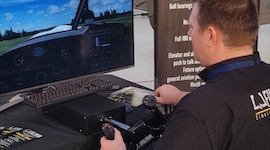 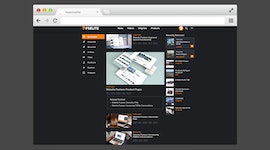 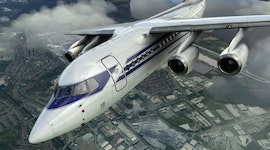