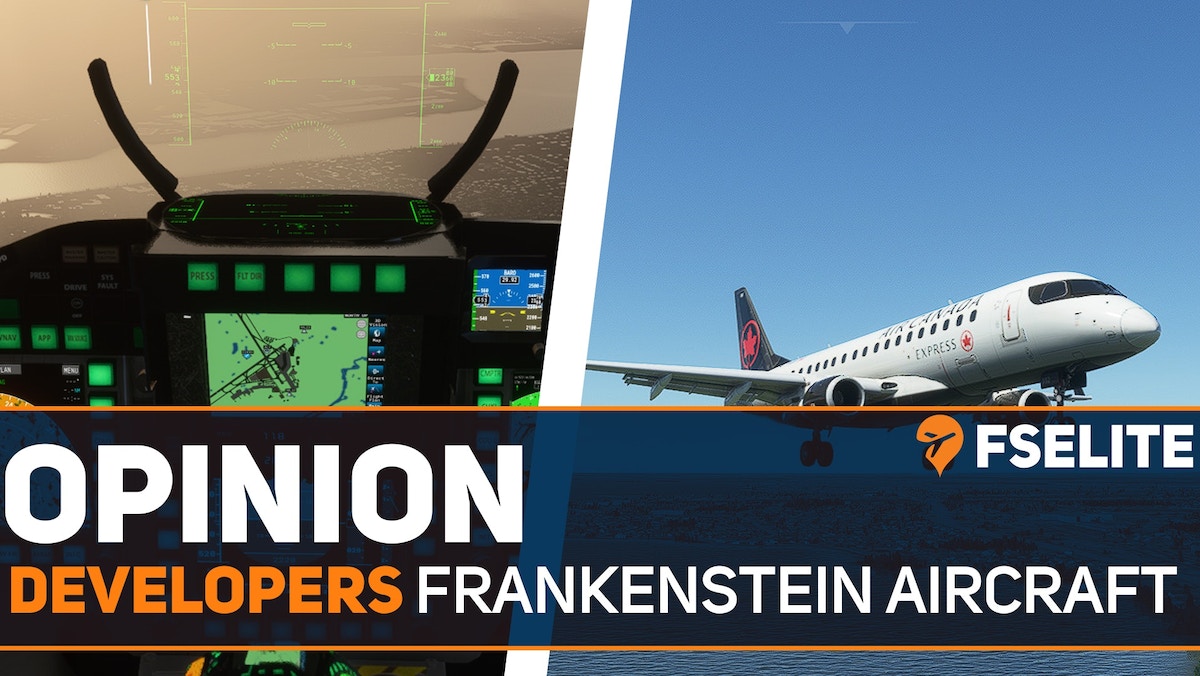 It was always obvious that the introduction of a new simulator meant that many developers would want to harness the new power and technology, whilst also ensuring they could reach a broader range of customers. It was also clear that with a lack of aircraft types available for the new simulator, it was going to be a rush for developers to create their versions of iconic planes for simmers to try. We’ve seen a number of smaller GA planes released, along with a few fighter jets that push the boundaries of the simulator. Whilst the likes of Aerosoft and PMDG have made a great start with their planes in the new sim, some developers are taking a different approach.

I’m talking about those aircraft products that ‘borrow’ pre-existing systems or displays created for the default simulator. Using the same screens, systems or flight dynamics, but packaging them up with a specific aircraft model. At first, it was interesting and gave users some different experiences. However, things are starting to get out of hand and it’s becoming more regular to see these Frankenstein aircraft get released for an unsuspecting audience of simmers.

It first started with the Bredok3D Eurofighter Typhoon, which first released in November of last year. As one of the first fighter jets available for the simulator, it caused a big rush of simmers to want to get the aircraft. However, once you looked at the displays and other elements, it was clear that Bredok3D didn’t create a fighter, but instead a mix-up of several aircraft jammed into one. This upset the community considerably, but I can’t imagine that Bredok3D cared. It topped the charts on simMarket for weeks meaning it was clearly selling well to an audience that saw the headline and jumped in.

Bredok3D saw the dollar signs and quickly made the same deal, but with a far more popular aircraft: the 737 MAX. Since there are no 737 variations for the default simulator, it was clear that the 737 Max would be a huge hit. It was quickly made obvious that the 3D model used was purchased from a commercial vendor and, yet again, Bredok3D used the default 787 displays for this aircraft. The only saving grace, I suppose, is that the 787 displays at least better matched the aircraft type over the Eurofighter. Still, it was clear that Bredok3D made some serious cash after its release and is still number 5 for top-selling aircraft on the simMarket charts today.

At least it made a bit more sense to add the 787 displays to the 737MAX. The overall quality is terrible, however.

Since then, developers have taken notes and realised why bother making something in-depth, accurate and realistic when the money can be made by importing a 3D model and applying default displays to the aircraft. It wasn’t long ago that Captain Sim made the same attempt with their poorly received 777 collection.

In both releases from Captain Sim, they chose to use the default 747 systems and screens to depict the 777. I gave it a scathing review. Not because they used the default systems, but more because it was just a lazy cash-grab by a known and established developer.

Whilst I don’t condone the work of Bredok3D, it was more understandable that a no-name developer with no prior history would try to capitalize on the market. That development team has no history of making add-ons for the simulator (or if they did, it was under a different name), so to see shoddy practices from them wasn’t all that surprising. No matter what you think of Captain Sim from the past, I think it still shocked the majority of people that the 777 was as lazy as it was. If you picked up their 757 or 767 in the past, you may see the 777 for Microsoft Flight Simulator and -rightly- assume it would be of at least the same quality. It really wasn’t.

It was quickly pointed out by the community that $20/$30 for a model of the 777 was asking too much and they were quickly scrutinised for their shoddy work.

So, you would then think that other developers would be paying it some attention. It would appear that hasn’t been the case as yet another developer has stepped into the ring to provide a popular aircraft using other aircraft’s systems.

Yes, I’m talking about the recently released Virtualcol Embraer 170/175 for Microsoft Flight Simulator. Another clear attempt at grabbing some quick money before people start to question these products. Whilst Virtualcol’s typical modus operandi is to create products that anybody can jump in and fly, they seemed to have doubled-down this time around. Virtualcol couldn’t even settle on which aircraft’s systems they wanted to copy and used a blend of the A320 for the FMS, the CJ4 for its displays and systems. Like Captain Sim, they couldn’t even be bothered to remove text references to those planes, so expect to see A320 listed in your Embraer.

VirtualCol’s attempt at bringing an aircraft to the new sim. This is a MSFS screenshot would you believe…

I’m aware there’s a red wall of text saying “THIS NOT A STUDY LEVEL PRODUCT,” but that doesn’t justify the practice. The product page also makes it super clear that regardless of how many bugs or issues you find, they won’t issue you a refund. They even tell you to not even bother trying as they won’t reply to you. Instead, they promise that any errors you have will be “minimal” and will be addressed in a future update. I doubt they will uphold that promise.

I suspect that people see the headline title of the aircraft, some nice looking screenshots and a feature list that contains just liveries and think “oh that sounds great” and purchase. However, their experience is radically different when actually flying the plane. Just one look at the reviews of the product versus its position in the best selling list on simMarket proves that this is happening.

I am totally aware that developers like Virtualcol are clear that their target audience isn’t the same as developers such as PMDG. It’s also perfectly okay for them to charge considerably less for a product that is a more basic representation of the aircraft they’re trying to sell. What isn’t okay, in my opinion, is putting something together without much care for the quality at the end. It’s just such a shame that some people will buy it and think that these types of products are the best there is on offer; when it really isn’t.

I’m sure some developers will continue to blame the SDK for lacking a certain feature or not being understandable, but for me, that excuse has now sailed. Look at what PMDG has achieved, look at what Aerosoft has created and look at how developers like DC Designs and IRIS are going beyond what was originally thought to be possible with supersonic flight. It just takes time and talent with an actual desire to make something worthwhile for the community.

Having been in flight simulation for many years, I totally understand, and support, that people will want a variety of aircraft to use in their simulator. In fact, not everyone wants a study-level simulation. So I understand the appeal of having a nice looking aircraft with familiar systems. This is particularly important for the newcomers all starting out in their flight simulation experience. However, I would argue there are better ways to educate and teach people the ropes to new aircraft without it being ‘study-level or hugely in-depth. Aerosoft has done a great job making the CRJ feel welcoming to newcomers, whilst creating an aircraft with systems and depth that are somewhat realistic. There are ways to do it, without simply being lazy and relying on creating these Frankenstein aircraft. Not everyone is looking for super in-depth planes, but there are already so many great examples of planes that uphold a good standard that can be picked up quickly and enjoyed by many.

There are some developers, who, in my opinion, have long established themselves as the middle ground of those study-level type aircraft and those aimed at those who take a more casual approach to flying. Carenado has stood out to me with their Microsoft Flight Simulator releases. Whilst many of their planes use default systems, at least what they make is somewhat similar to the systems they’re borrowing. It doesn’t feel out of place and for the most part, they do a good job for the price paid. Another developer who I feel is creating aircraft that meets the mark is Just Flight. Their GA series of planes have continued to get better and better and they seem right at home in the new simulator. They seem to have a good grip of the SDK whilst making aircraft that are easy to learn and understand, whilst appealing to a wide enough audience. They use various techniques (such as onboard EFB) to make the experience accessible for all types of simmers.

It’s this approach I want to see more of from developers, even if they can’t quite make the plane they’re trying to replicate. As I said, I’m all for those looking to create something accessible and for those who won’t care for the same level of detail as myself, but there needs to be a much better balance between obvious rush jobs and making something usable for the many.

My message to any developer thinking of continuing the practice of this mish-mash aircraft is this: stop. Just stop. You may be getting great sales from these cheap and nasty ports, but your reputation is taking a hit that in the long-term will be more damaging than good. You can continue to dress up your nasty ports with fancy looking screenshots or ‘warning’ text, but that simply won’t fly with me any longer. Aircraft products need to be accessible and fun, but also have a degree of accuracy that represents some form of quality. I’m not expecting every aircraft to be the most in-depth and fancy product ever, but I am expecting developers to have some kind of quality control over what they’re putting out there. It’s great that so many developers are giving it a try and being creative, but perhaps look at others on the market and see what works and what doesn’t for the audience you’re targeting.

With good aircraft coming out now for the simulator, it’s only a matter of time that even the more casual audience will look at your aircraft and think twice. Let’s just hope that, unlike Victor Frankenstein, you won’t destroy the company you’ve made because you decided to create a quick buck from your monstrous aircraft port. 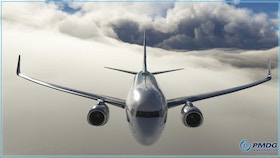 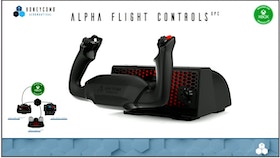 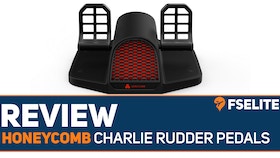 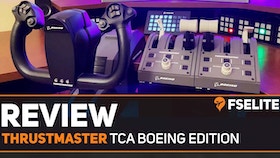 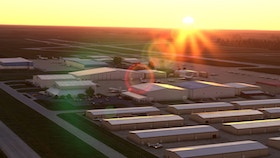 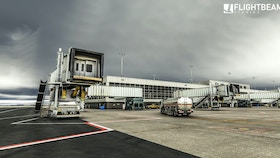 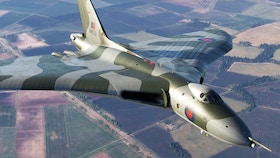 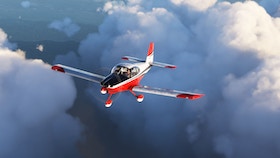