At long last, a mainline flight simulator is now available on a home console. Just shy of a year ago, Microsoft Flight Simulator launched on PC and now Xbox Series X|S owners can discover the virtual skies.

To make exploring the virtual world easier, Microsoft has improved the user interface of the simulator to allow simmers to discover new parts of the world easier than before. The new Discovery Flights give you the chance to explore the most scenic locations on the planet including the Great Pyramids, Mount Everest, Rio de Janerio and more. All future World Updates will come with additional Discovery Flights moving forward. In addition, the world map now features satellite imagery, map labels and other improvements to make finding locations easier than ever.

If you’re brand new to the world of flight simulation, then you’ll be pleased to know that the Training Flights have been overhauled making them easier to complete. The 22 flights focus on a variety of flying areas and other improvements include contextual voiceovers, a score and a grade to provide you with feedback.

After the training, a new and improved flight assistant can help you as you fly around. The new AI can take you to nearby points of interest, airports and more. You can also quickly activate auto-trimming and anti-stall assists should you need help. Another new accessibility feature added is the new “lock” interaction system. This will enable you to see tooltips that display the instrument name, value and control. This is particularly useful if you’re on Xbox using a controller.

To make things even easier, a new “Land Anywhere” feature has been added, enabling you to land anywhere in the world with specific aircraft. The Cessna 172, CubCrafters XCub and Zlin Aviation Shock Ultra have all been updated to provide you with skis and float variants. Visual effects have also been added for a more immersive experience.

Welcome to the community Xbox simmers. If you are a new simmer, check out our small introduction article, welcoming you to our community.

In addition to the Xbox Series X|S release, the PC version of Microsoft Flight Simulator has been updated to version 1.18.13.0, aka, Sim Update V. The hotly anticipated Sim Update V adds vastly improved performance, improved user interfaces and a plethora of other fixes to bring it in line with the Xbox release. The performance of the simulator, which shows improvements of up to 70% has improved multi-core support, better memory and GPU usage, faster loading times and stutters have been reduced significantly.

If you’re on PC, you can get the update now by launching the simulator and installing the new patch.

Note: Many developers are saying that you will need to update your products in order to use them. 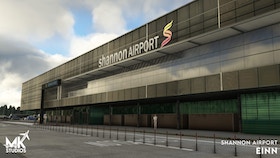 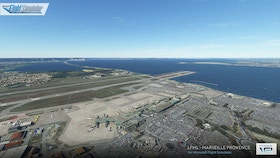 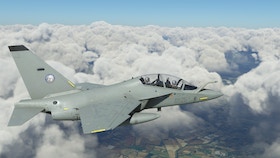 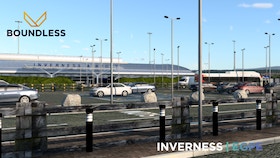