Since the release of Microsoft Flight Simulator back in August 2020, and the release on Xbox Series X|S in July 2021, the team has continuously worked on the simulator. Bringing enhancements and improvements over the course of time, as well as huge content updates with the World Updates, but the new Game of the Year (GOTY) Edition will be one of the biggest updates yet.

The update will bring a wealth of new content to Microsoft Flight Simulator, including new aircraft, additional hand-crafted airports, tutorials/missions and much-requested features.

Starting with aircraft, Game of the Year Edition will bring with it Microsoft’s first developed military jet. Whilst the Top Gun: Maverick Expansion has been delayed in line with the film, Microsoft wanted to give simmers the chance to test their need for speed in the Boeing F/A-18 Super Hornet.

Announced back in August during Gamescom 2021, the VoloCity and Volocopter will also be released alongside the GOTY Edition. The Volocopter allows you to fly an urban air taxi around different Voloports in the city. This is just a teaser for helicopters next year.

Developed by Hans Hartmann and Alexander Metzger, the Pilatus PC-6 Porter will also be coming to the Game of the Year Edition of Microsoft Flight Simulator. The aircraft is known for its STOL abilities and will come with several cockpits, cabins and landing gear variations.

The last two new aircraft will be the CubCrafters NX Cub and the Aviat Pitts Special S1S.

In addition to new aircraft, new hand-crafted airports in Europe and North America are being added. These include:

Furthermore, new information is being added for 545 previously missing airports in the US.

Other changes with the GOTY Edition includes new Photogrammetry cities for the likes of Helsinki, Newcastle (UK), Utrecht (Netherlands) and more. New tutorials have also been added to help simmers with bush flying and also learn IFR navigation in the Cessna 172.

All of this will be made available to current customers for free when it releases on November 18th 2021. This is Microsoft’s way of saying thank you for the feedback and support since the original release.

Did you know we’re throwing an FSElite Launch Party on November 20th? We’re inviting people to take part online and at an in-person event. Interested in coming to Bath (UK) to celebrate with a limited number of people? Check out the information or complete our form to enter a raffle to win tickets. 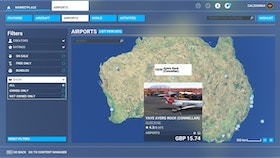 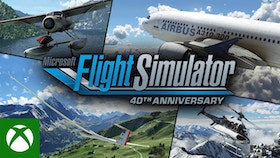 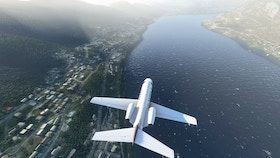 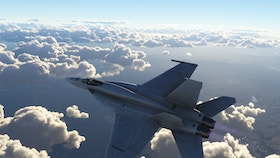 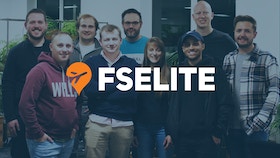