With the product having begun development two-and-a-half years ago, famed X-Plane developer FlyJSim has announced that their Q4XP product is nearing completion, with the final phase of development having recently commenced.

Beginning their post by drawing the reader’s attention to the aircraft’s detail-rich exterior model, the developer indicates that only the propeller blades were retained from their earlier released version of the plane. Every other nook and cranny has been completely redesigned from the ground up, allowing the team to take advantage of X-Plane 11’s newest capabilities, including the platform’s new lighting model. Also, the developer has extensively used 4K texture maps on the outside to provide users with added eye candy. Other details such as a moving jackscrew in the flap mechanism, inflating & deflating deicing boots & wing flex have also been included, showing just how far the developer has been willing to go to provide users with an accurate external recreation to the aircraft.

Moving on, the developer also indicates that the product will include a faithfully recreated passenger cabin, featuring 78 seats and a complete set of animated overhead bins. Additionally, likely being a first for an X-Plane product, the product also includes a fully functioning flight attendant control panel, allowing you to control your passenger’s comfort while onboard. Finally, the forward and rear cargo compartments, as well as the passenger restroom, have received similar detail-oriented treatment.

Moving across to the flight deck, the developer indicates that the aircraft’s cockpit, much like its exterior, has been redesigned and remodeled from the ground up. All surfaces benefit from PBR and 4K resolution texture maps, providing you with hand-crafted detail work throughout. Each EFIS display is independently configurable to your liking and benefits from using the actual fonts and an improved color palette. Additionally, the cockpit benefits from a detail-rich night lighting environment with each light source, ranging up to the circuit breaker lights, having been faithfully recreated.

Finally, ending their post by addressing the system’s depth of their upcoming release, the developer indicates that they believe in having created “one of the most detailed cockpits to come to flight sim.” All systems have been rebuilt from scratch. Taking the electrical system as an example, the developer claims that it accounts for each individual battery, bus, bus connector, etc., with each relaying power precisely as it should. Other systems, including the hydraulic system with its three reservoirs and four pumps, as well as the flight control system and radio system, have also all been accurately recreated. Most importantly, the developer also reassures readers that the Q400 FMS unit, the UNS -1Ew, has received the attention it deserved and has been accurately recreated in the sim for users to enjoy.

Concluding the post by reaffirming that a release is set to occur sooner rather than later, the developer has refrained from providing any information regarding pricing and official release date as of yet. We will, of course, keep you updated should the developer choose to share any added material information regarding this project. While you’re waiting for a release, please feel free to check out the developer’s official post to observe additional previews.

Yannick
Writer
Yannick has always been an avid aviation enthusiast and he started out simming back in 2002 at the young age of 5 with FS2002. Ever since he has continued pursuing flight simulation as a hobby with the eventual goal of also making aviation his career. While Yannick currently primarily uses X-Plane 11 and Prepar3D, FS2020 and DCS have not skipped his radar.
Latest Content 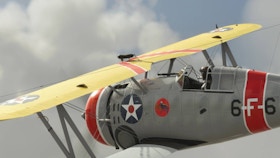 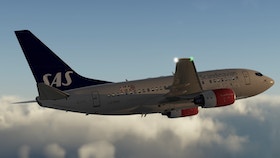 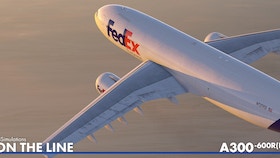 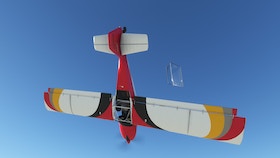 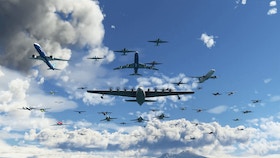 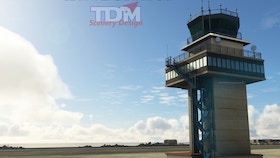